Each of us has the capacity to fight poverty

By Dalia Margalit-Faircloth, Director of the Association of Jewish Family & Children’s Agencies of Canada (AJFCA). 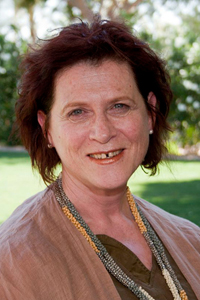 I was hired by a coalition of Jewish organizations to co-ordinate an initiative called the Jewish Poverty Action Group project. The idea was inspired by a conference on Jewish poverty held in Ottawa in 2005. On the train ride back to Toronto, a group of Jewish professional

s decided to take action. They conceived of the project, found funding and made it happen.

When I tell people about my work, many are surprised. Those who work in the human services field know there is significant poverty in the Jewish community, but the community at large is generally unaware of its depth, breadth and pervasiveness.

Back in 2008, when someone would ask me about Jewish poverty, I would reply that 10 per cent of the Jewish community in Toronto lives in poverty. Since then, that number has grown significantly. Almost 15 per cent of Canadian Jews, including one in five children, lives below the poverty line.

And yet to a great extent Jewish poverty is invisible. We don’t know if the man or woman sitting next to us in shul is struggling to put food on the table, nor do we know if the young adult that we see at kiddush is struggling with mental health issues. Many of us will never know what it feels like to have to refuse an invitation to a simchah because your family must choose between buying groceries for the week or giving a present, or to constantly worry about making rent. But many of us do know how that feels.

We need to do better, and so in October 2013, a national think-tank was formed to address possible solutions to our community’s poverty problem. The goal of the think-tank is to engage in an open and ongoing conversation about poverty. What is the role of the community in addressing Jewish poverty? What is the role of government? Is there a difference between basic Jewish needs and basic needs for Jews? What is the cost of living “Jewishly”?

A result of the think-tank’s work is the recently released National Statement on Jewish Poverty. We found that in our local communities Jewish groups are making a difference by developing unique responses tailored to the needs of members living in poverty.

To that end, we provide tuition assistance to help maintain children in the protective environment of our Jewish schools with necessary support services. We also offer employment and training opportunities and capacity-building programs for youths, access to emergency and crisis services to families and individuals in need, and financial support and assistance to our vulnerable seniors. We are holding governments accountable and advocating for the creation, funding and delivery of adequate social and economic policies. We are trying to prevent poverty.

Still, more needs to be done. Raising awareness, educating our community and engaging individual citizens are the first stages of a journey that will hopefully lead to the development of new ideas, new approaches and new partnerships. Just as anyone can be affected by poverty, each of us has the capacity to fight it and ensure the well being of each and every one of us.

Some say we will never eradicate poverty. Maybe so, but in Pirkei Avot it says, “It is not incumbent upon you to complete the work, but neither are you at liberty to desist from it.” We cannot abdicate our responsibility to those in our community who need our support. We all deserve to live a Jewish life of choice.