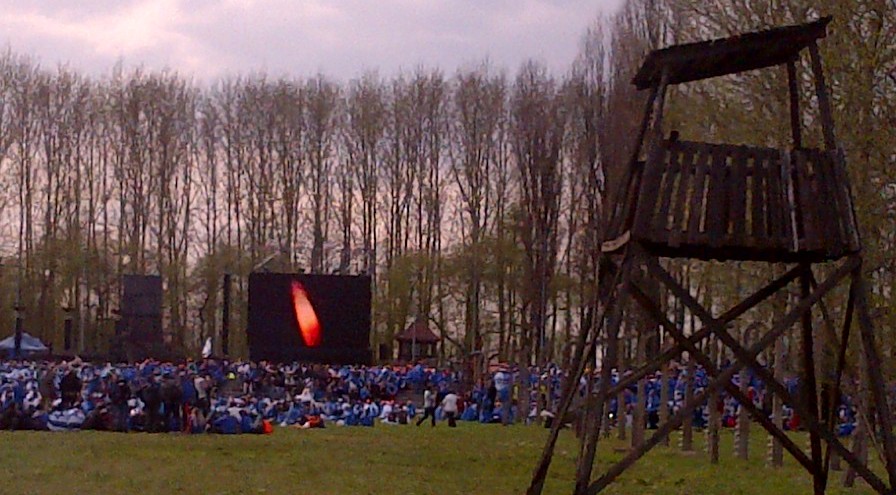 Today is Yom Hashoah v'Hagvurah - Holocaust and Heroism Remembrance Day.  Jewish Federations of Canada - UIA and its partners commemorate the six million Jews and five million others who perished in the Holocaust as a result of the actions carried out by Nazi Germany.

"The Holocaust was one of the darkest chapters in human history. It is essential that we never forget the lessons it taught us and that we continue to educate future generations about the damaging effects of antisemitism."

This week, 650 Canadian students, adults, chaperones and survivors  - from Montreal, Ottawa, Toronto, Winnipeg, Calgary and Vancouver - arrived in Poland along with over 10,000 people from across the globe for the 2015 March of the Living. This year, through the generosity of Anita Ekstein and Shael Rosenbaum, a young Jewish Polish adult is travelling with the Canadian young adult delegation for the entire trip. Accompanying the adult group is Canadian national MOL chair Nancy Ditkofsky from Montreal, who will address the students both in Poland and Israel.

The survivors' journey will be filmed and documented for future educational use through the March of the Living Archive project, which is funded by the Canadian Government, the Claims Conference and Laura and Dennis Bennie.

Main themes of this year's March of Living include the 70th anniversary of the death of Anne Frank and the liberation of the camps.

Films screened included 'I am Anne Frank', 'The Legacy of Anne Frank' and 'Stories of Liberation: Like Angels Who Came Out of Nowhere'. Each was produced in Toronto in conjunction with March of the Living Digital Archive Project, the Sarah and Chaim Neuberger Holocaust Centre and Toronto's Riddle Films.

Most Canadian and international events are being live streamed at www.marchoftheliving.org.

Please take a moment today to honour the innocent victims of the Holocaust, the brave survivors that embody courage, and the righteous individuals that risked their own lives in order to save Jewish lives.