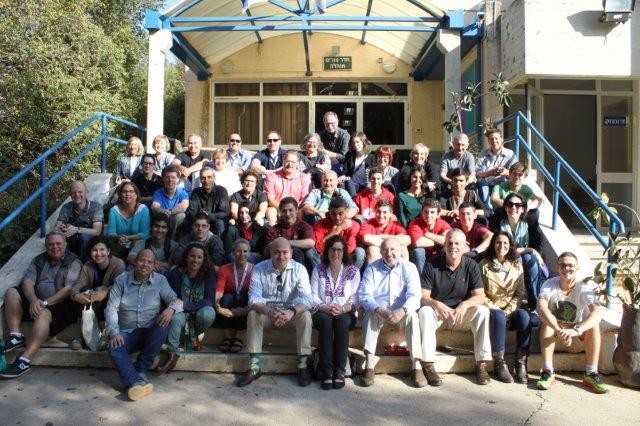 It would take a directory to list all the programs that connect the Calgary Jewish community to Israel.  From venerable old institutions such as Jewish National Fund and Hadassah  (now CHW), to  newer entities such as Beit Halochem and Birthright. There are literal ly dozens of ways Calgary Jews can support and connect with Israel.

One program that tends to fly a bit under the radar is called P2G, which stands for Partnership 2Gether. This is a Calgary Jewish Federation funded program, supported by UJA and private donors, that links several Canadian Jewish communities with a particular region.

In this case P2G consists of Vancouver, Edmonton, Calgary, Winnipeg and Atlantic Canada who work together  to help facilitate human development projects in the region of Israel known as Etzba Hagalil. If you   look at a map, Etzba  Hagalil  is that portion of northern Israel above Lake Kinneret that sticks up like a thumb into Lebanon and Syria.

One of the main challenges facing this region of 50,000 is to create a quality of life that will encourage the younger generation to remain here and start families of their own. And that is probably the simplest explanation of the mission statement of P2G - to encourage Etzba Hagalil to achieve its potential within a thriving Israel 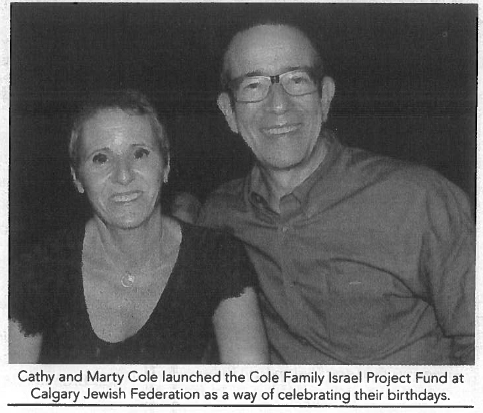 One example of a typical P2G program is the current project to refurbish a computer lab at Uziel School. This initiative will   benefit from the Cole Family Israel Project Fund at Calgary Jewish Federation, established   by   Dr. Marty and Cathy Cole as a way of celebrating their birth­ days. Cathy Cole also hap pens to be chairperson of the Calgary P2G volunteer committee and visited Etzba Hagalil not long ago and knows the impact these projects can have.

"Calgary Jewish Federation has supported this school in the past, but Uziel still has many needs," she says."The new computer lab is not only for the students, but will be used by the community for adult education. "Uziel school was the first Israeli educational experience for many Ethiopian immigrants and now there is a group of Bene Menashe from India being absorbed into Israeli society through the school.

"The new computer facile ties will help Uziel kids connect with their counterparts at Akiva Academy through the Friends Across the Sea program for grade fives. The students at Uziel and Akiva will be able to work on joint projects together, which builds the concept of Jewish peoplehood."

Calgary Jewish Academy runs a similar program with HaGomeh School. And in December it hosted a visit by Grade 9 students from Har Vagai school.

What appeals to Cathy Cole and others involved in P2G is that it is Canadian volunteers working with Israeli volunteers. When the Canadian volunteers go to Israel every year for business meetings (and    the Israelis come to Canada once a year) there are pro-forma meetings with local officials and experts. But the real business is done people-to-people.

"Everything is very tangible, you can feel it and touch it and you get to meet the people who are benefiting from P2G programs," Cathy Cole says. "What impresses me is the Israeli volunteers take such strong stewardship over the projects.

"They live there, they know what is important. They make sure the programs are working as they should and that the money is being spent wisely."

Typically  the Israelis have a flair for innovation. When Ben Gurion University opened a medical school in Tsfat several year ago - P2G was one of the supporters - they tracked down almost every Israeli post-doc in the world and challenged them: 'We're opening a new medical school. We want you. There are no rules, just pro­ duce great doctors.'

P2G funds on-going projects and one-offs. For example, the high school in Emek Afula received funds for a robotics program that will help students participate in top robotics competitions around the world. These kind of competitions produce the next generation of scientists and engineers. The robotics lab encourages Etzba Hagalil students to train for the high tech world of the future.

Another P2G project is designed for children with emotional problems. These are at risk youth who come from unstable families, they have trouble at school, and they may be dabbling with drugs. The local residents know there is a need for counseling and support for these youth, but there is not enough trained staff and it was hard to find a permanent home. So the Israelis found an upside down solution.

"The Israeli scame up with a very innovative solution, they call it Hafuch AI Hafuch -a mobile counseling unit that can travel around the region," Cathy Cole explained. "In a way this is the kind of think­ ing outside the box our Israeli partners do so well."

She also urges that Calgarians who are planning a visit to Israel to put Etzba Hagalil on the itinerary.

"It seems to be a forgotten part of the country but it is one of the most beautiful places in all Israel. We can put people in touch with our P2G partners in Israel. They are very familiar with Calgary."

The beauty of the P2G program is that it is very broad and diversified touching nearly every aspect of life in Etzba Hagalil. By pooling resources the Canada partners can achieve major impacts with relatively modest investments and improve the human potential of this entire region.