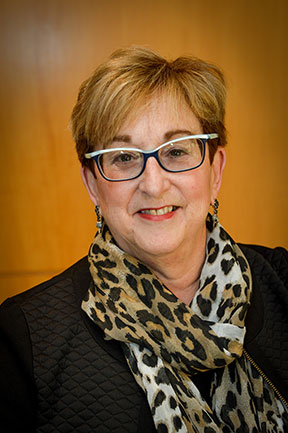 In these complex times, all our institutions are being challenged more than ever to prove their value and to distinguish themselves. In the Jewish communal world, the entire Federation system is being challenged. Some argue that the Federation model no longer works - that it needs to be completely rethought and reinvented. Others argue that it is still the most relevant and effective way to raise the funds required to support our vulnerable, to promote Jewish identity, and to ensure strong ties with Israel and world Jewry.  Whichever side of the argument you support, only one thing is certain – this is not a time to be complacent.

Since I became President and CEO OF Jewish Federations of Canada – UIA in 2006, our Canadian national system has undergone many changes - from a new trade name reflecting changed responsibilities, to new governance structures and by-laws, to a new Israel and overseas funding model and a recalibrated fair share formula, new funding sources, new organizational structures and programs and new relationships and partnerships. Throughout these changes, JFC-UIA has strived to find a balance between respecting history and tradition while at the same time embracing innovation and change.

But in today’s changing world, one must wonder whether these functions and roles will be relevant in the future. Jewish Federations of Canada – UIA  has always been cognizant that to be effective an organization, it must be responsive to the environmental context in which it operates.

Our 2012-2015 strategic plan focused on 4 pillars: Israel; Next generation; Regions; National Collective.  In 2016, this platform was modified to 3 pillars (our version of al shlosha devarim) following an extensive macro review process. They are:

Over the last several years, Jewish Federations of Canada – UIA survived a course of successive and significant budget cuts. This challenging fiscal reality required the organization to develop an entrepreneurial approach to revenue development.  It was through this new lens that we learned the following lessons:

In my 12 years at the helm, organizational accomplishments have been numerous and include:

Some of the key issues that Jewish Federations of Canada – UIA  has been involved with include:

Going forward, I think that there are a few compelling and even existential issues that Jewish Federations of Canada – UIA needs to explore.

My time as President & CEO of Jewish Federations of Canada – UIA, punctuated by the 2nd Lebanon War, Operation Cast lead, Pillar Defence, and Protective Edge, has been the most incredible experience.
I travelled to Israel 45 times, worked with 23 federation CEOs and 7 board chairs, attended 11 General Assemblies, 36 Jewish Agency Board of Governors meetings, four International Leadership Reunions and convened 4 national conferences.

I feel that in many ways, I have been part of the history of the Jewish people. It has been a privilege to play a role in strengthening Jewish life and community locally, nationally and internationally. It has been an honour and pleasure to serve as president and CEO of Jewish Federations of Canada – UIA for the past 12 years.

I want to express my gratitude and appreciation to the seven board chairs for their dedication and commitment, you were my true partners; to the countless board members who devoted time and effort to furthering our collective agenda; and to the professional staff, partners and colleagues with whom I worked very closely and without whom I would not have been able to achieve these accomplishments. Finally, to my family, my husband Joe, my children Barry and Kally, Howie and Naomi and my 5 grandchildren Matan, Yair, Aviad, Shefa and Gabe,  who have always championed my work and were there for me through thick and thin. Thank you all!!!!!