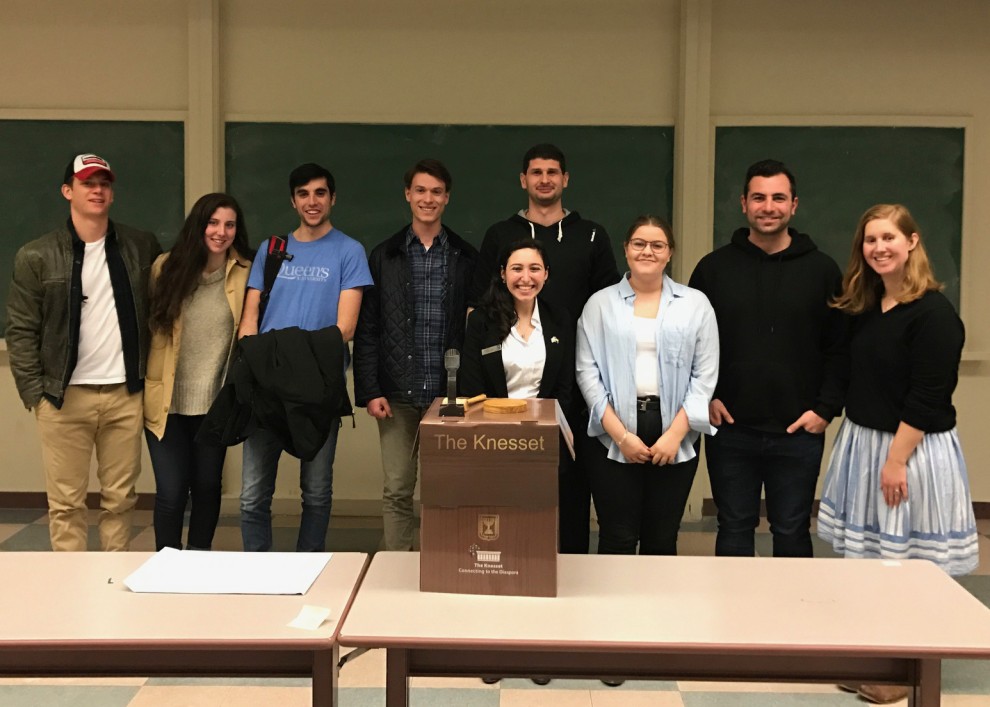 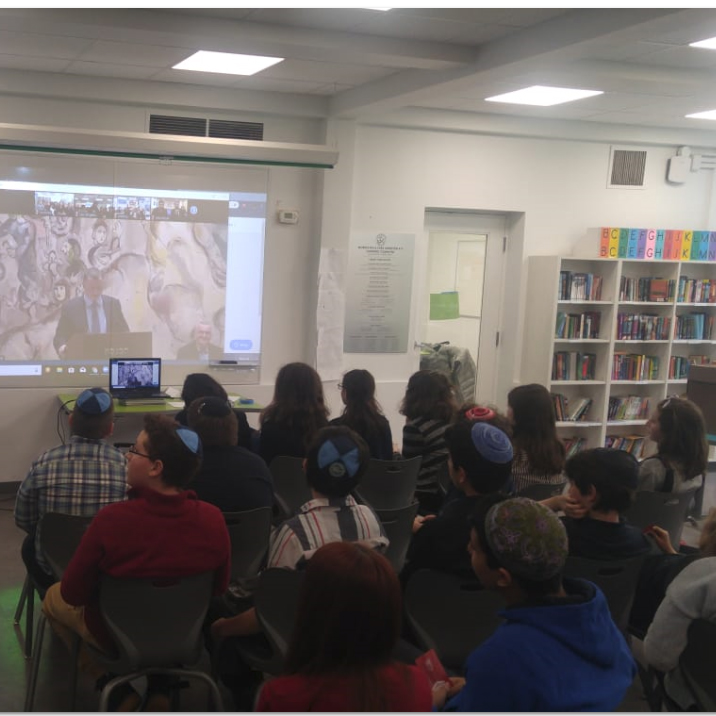 In Ontario, over three days Netta spoke with students from grade 5 to university, about the rules and procedures on law making in Israel as well as the electoral process and the forming of a new government.

At Hamilton Hebrew Academy, 30 grade secondary school students participated in a collaborative session that illustrated the voting process in the Knesset.

In Vancouver, Tiki Grunov ran activities for 300 children and teenagers at 5 different Jewish schools, and talked to 100 more adults in different occasions, including a bar night for young adults, and our senior home about the Knesset and it's role in Israel's democracy.

The highlight of the program was a live webcast with the Knesset where Speaker of the Knesset Yuli Edelstein and JAFI Chairman, Yitzchak Herzog spoke with the students. Other communities on the webcast were:  Johannesburg, Mexico City, Vancouver, Los Angeles, Ann Arbor, and Manchester.  At the Kehila Day School, Netta met with elementary school students and engaged them in some very interactive exercises which facilitated their learning about the Knesset.