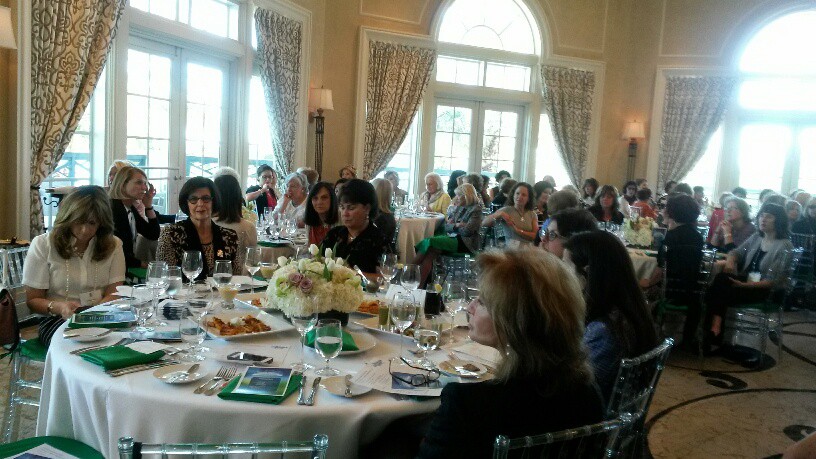 February 2015 - Southern Hospitality, graciously hosted by Honey Sherman on behalf of UJA of Greater Toronto Women’s Philanthropy and Jewish Federations of Canada – UIA National Women’s Division, was  as usual a great success.  Over 150 women from across Canada came together to celebrate and strengthen bonds between each other and between their communities.

Host Honey Sherman said “The day was truly special on all fronts - from the venue, meal, wonderful speaker and  especially the warmth and excitement felt by all to see each other - and all to an outstanding purpose - the betterment of our fellow Jews wherever they may be."

Claire Goldstein Simmons, noted historian and educator, spoke to us about Jewish history and shared her personal story as a child of holocaust survivors who was born in a DP camp in Czechoslovakia. She spoke about the rich Jewish life that existed before the Holocaust.

Throughout history- following the destruction of the 1st and 2nd Temples during the dispersion and throughout the Nazi regime – as ‘people of the book’ it was studying the torah that has sustained and strengthened us. Claire stressed the critical importance of continuing to absorb the lessons of the torah with every generation so that our children and grandchildren will pass it on to the next.

We were privileged to be able to count ourselves as part of the thousands of students that Claire Goldstein Simmons has educated during her academic career on Jewish civilization, American Jewish memory, the Holocaust, and ‘Klal Israel’ - the unity of the Jewish people.

Between the two of us, we have been actively involved in Women’s philanthropy for dozens of years in our home communities of Montreal and Toronto. Being a part of an extended sisterhood, both within and between our communities, has enriched our lives in so many ways. We may be from different cities and backgrounds, but at the end of the day, collectively we have much in common.

As Jewish women, we are intrinsically linked with the Jewish community. As members of women’s philanthropy, we share an interest in developing strong connections to each other and to the larger Jewish world. Our Jewish Identity is threaded in every aspect of our lives. We are interested in addressing contemporary issues of concern to Jewish women, issues that matter not just to our peers, but also to our daughters, nieces and granddaughters. It is only through leading by example that the next generation of women’s philanthropy leaders will be equally devoted to maintaining a strong and vibrant community.

Southern Hospitality is a much anticipated annual event that reinforces connections between communities by bringing together a large group of women to catch up with old friends and make new ones. It is always inspiring to experience the energy that infuses the day.

We can’t wait for the next one.