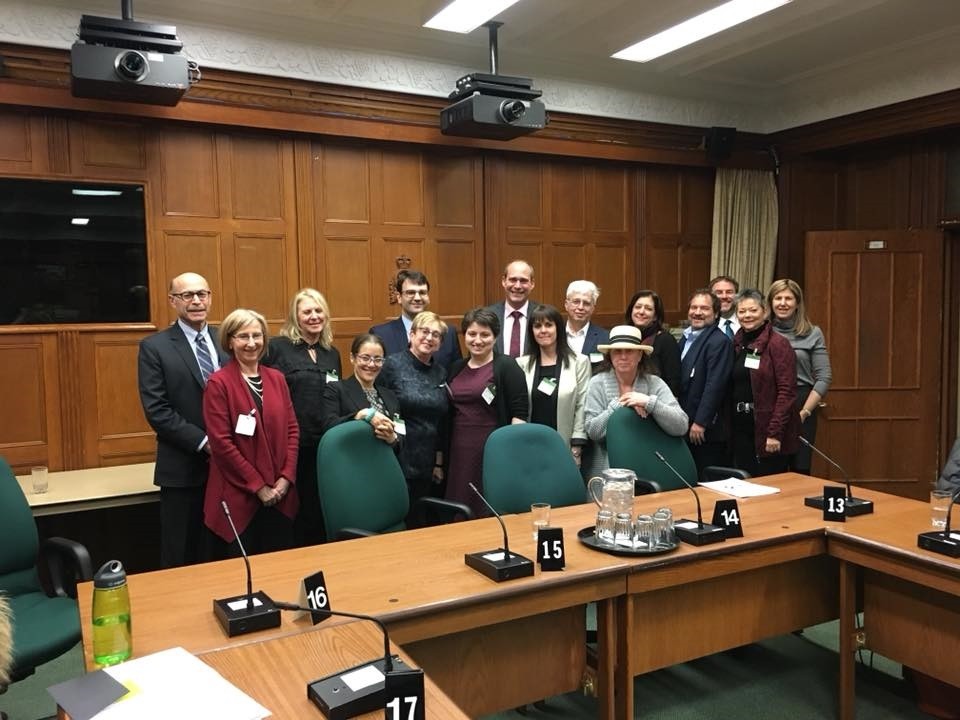 Consensus building can be difficult.   Getting disparate groups to agree to a common goal does not come easily.   When the organized Jewish community is part of the equation, the process can be laborious, and may even become quite emotional as so much of Jewish identity is wrapped up in “community”.

For the first time, the North American Jewish community will be one with a full consensus driven effort at play.  And that effort will be directed toward redoubling our energies to include community members with abilities and disabilities into our community structures, programs, and organizations.

On Tuesday, February 6th, professional, volunteer and family representatives of Jewish human service agencies, local federations, synagogues, advocacy groups and national organizations will come together as one – in both Washington, DC and in Ottawa, Ontario to advocate for enhanced policies which will support and strengthen individuals with disabilities and their families. This is an incredible initiative that is being coordinated continentally.

Scheduled deliberately in February, at the beginning of Jewish Disability Awareness and Inclusion Month (JDAIM), the Jewish Federation of North America and the Religious Action Center for Reform Juadism’s Jewish Disability Advocacy Day (JDAD) and the Jewish Federations of Canada-UIA’s Ottawa Fly- In on Disabilities and Inclusion will bring together Jewish communal leaders, individuals with disabilities and their families for education, advocacy and one on one sessions with elected officials.

In Canada, the fly-in is organized jointly by Jewish Federations of Canada–UIA and its advocacy agent The Centre for Israel and Jewish Affairs (CIJA).  The Network of Jewish Human Service Agencies, a newly established membership organization serving as the central address for the Jewish human service sector, is honored to serve as a co-sponsoring organization, among many, of both programs.

These Advocacy Days come at a time when, despite marked efforts by the Jewish community to strengthen services for individuals with disabilities, there is deep recognition that our governments must invest in core services such as housing, education and employment, and that the respective social policy agenda for each country must create the context for change.

In particular, these Days come at a time when access, resources and comprehensive services for individuals with disabilities are at risk, in both the US and Canada.

In the US, the JDAD event will highlight the need to protect Medicaid.   With the recognition that Congress came within 1 vote of making drastic and permanent cuts of hundreds of billions of dollars in Medicaid in 2017, there is 100% consensus among the advocates that Medicaid is an essential, lifesaving resource, supporting 10 million Americans with disabilities; accounting for 15% of the total Medicaid population.   Medicaid funding also pays for services and supports that allow people with disabilities to live and work in their communities.

JDAD advocacy efforts will also address support for the IDEA Full Funding Act (H.R. 2902), which would ensure sufficient funding for special education services and level the playing field for children with disabilities by providing them with full access to a quality education.

In Canada, there are 4 key areas of focus that will be discussed with parliamentarians in Ottawa:

3.    Revising Canada’s medical inadmissibility policy that prevents people with disabilities and their families from moving to Canada.

4.    Encouraging legislation to remove employment disincentives for people with disabilities.

While the specific legislative advocacy needs are different in both countries, the underlying goal of both days is to bring us back to consensus, as one united continent and one large scale Jewish communal effort.
Individuals with disabilities are a core constituency in both countries.  Their contributions to their families, their communities, their schools, their places of employment and most importantly, to themselves – deserves full respect, full access and full inclusion.

There is much in today’s society which separates us –  religion, economic access, and political ideology, to name a few barriers.  The consensus fostered by the continental Jewish communal response on disability advocacy and inclusion should be celebrated, and applauded as a model for other coalition efforts.

Within Canada, this effort will continue in April 2018 with a Canadian Conference on Inclusion, the first of its kind in Canada, scheduled for April 15th – 17th, 2018 and being held in Toronto, Ontario.  Registration information can be found at https://www.jewishcanada.org/pushing-the-boundaries.

And within the US, so many communities are noting Jewish Disabilities and Awareness Inclusion Month with a full range of activities and offerings.   You can learn more by visiting  https://inclusioninnovations.com/jdaim/.
Please join us in February and beyond.  Find a place for consensus in your communities and take a look around and make a deliberate effort to be sure to include persons with disabilities and their families.

Building awareness opens us up to understanding. Understanding leads to consciousness which leads to change. Our goal is to transform our communities by expand our tent and enabling people of all abilities and disabilities to reach their potential and participate fully.

Our communities deserve no less.