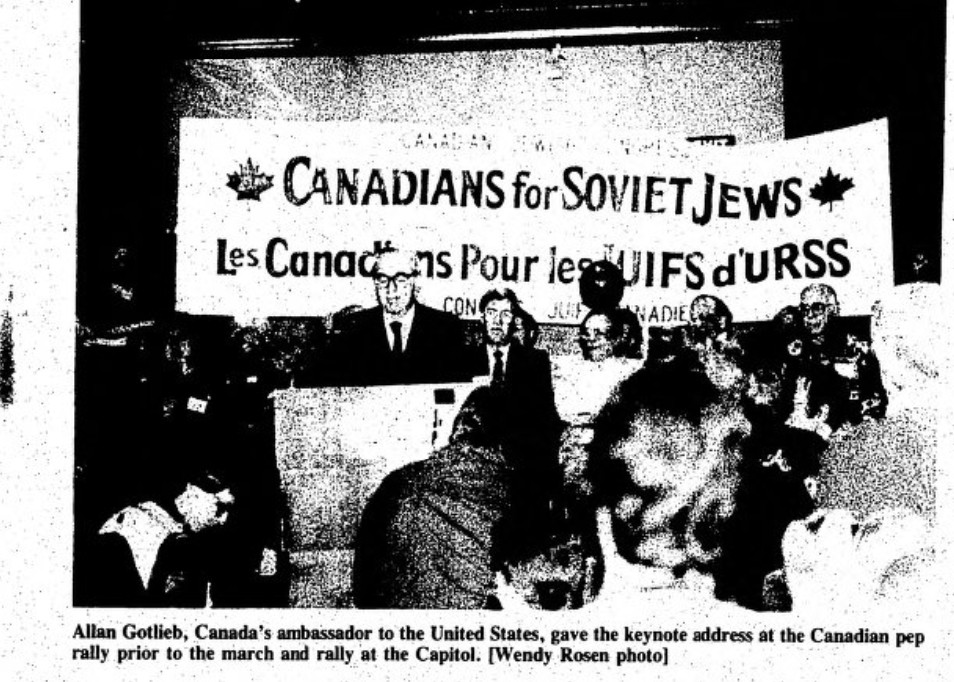 I was in grade 6 at Associated (Neptune) during the height of the Canadian Jewish community’s campaign to release Natan Sharansky, and all Jews for that matter, from the Soviet Union. Every week, there were rallies in cities across North America, demanding that Jews be permitted to leave Russia.

It was clear from early on in my life that I was compelled to be an activist and leader and that I would be politically engaged. So naturally, I asked the school principal if I could organize a letter writing campaign to the Russian ambassador demanding our people's freedom. I told her I would take it to Ottawa to the Russian Embassy.

To no one’s surprise, the principal said yes. I collected hundreds of letters from my fellow students and traveled with Ben Prossin and my friend Samantha on a train to Ottawa with pillowcases full of letters on foolscap paper. Despite our stomping and pleading, the Russian embassy would not let us meet with the Ambassador, so we dumped the letters in the front reception area.

I remember feeling a bit upset that we went all that way and didn’t complete our task, but at the same time proud of my fellow students and really proud of myself and Sam for standing up for something we believed in. 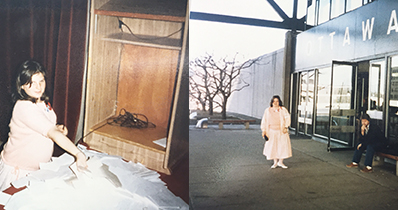 The following year, I made my father take me to Washington to join thousands of people in solidarity marching and chanting ‘1,2,3,4 Open up the iron door! 5,6,7,8 Let my people emigrate!’ This experience is seared in my memory forever.

You may me asking yourself why am I sharing all this? Why is it relevant today?

Well, in June, I spent time in Israel representing Canada at the Board of Governors meeting for the Jewish Agency For Israel. Natan Sharansky spoke at the opening event about supporting initiatives in Israel. For many in the room this was nothing special, because they had seen it a hundred times before. But for me, it was the first time I had met him in person, speaking freely. I was realizing a vision that I held as a child, when I got those letters written and marched in Washington.

In both cases, I was just one person among many acting with intention. And in both cases, I appreciated the potential impact and power of individual effort, when it is exerted in time with peers and like-minded people. A journey of a thousand miles starts with one step. Just one.

I am writing this on the one year anniversary of my arrival at Jewish Federations of Canada as President & CEO. Since August 15, 2018, I feel like I have taken countless steps alongside colleagues and peers towards realizing a more robust and collaborative national and world Jewish community.

It’s been whirlwind of a year. I have visited dozens of communities in Canada. I have traveled to Israel and Poland. I have had thousands of meaningful encounters with Jewish professionals and community lay leaders in cities across the country. I collaborated with stakeholders in communities from coast-to-coast on a strategic review of the organization and its role in today’s Canadian Jewish world.

It has been educational, to say the least. More accurately, it has been an eye-opening, challenging, exhilarating, exhausting and highly motivating 12 months. I am grateful for the support shown to me by my colleagues and peers, in Canada, Israel and many other communities across the globe.

I am excited about what tomorrow will bring as we continue traveling together along this path. I am confident that my efforts and the collective and individual contributions of the JFC-UIA staff in our offices in Israel and Canada are playing a large part in building a brighter tomorrow.

I am proud of the work that we have accomplished in the last 12 months, in collaboration with our valued partners and stakeholders. Moreover, I am encouraged that we are on the right track. We are all working towards the same goal, a strong local and global Jewish community for today and tomorrow.