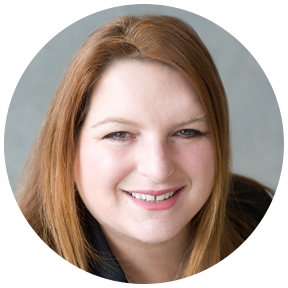 Over the course of 10 days, I experienced every emotion possible.

At the start, I was nervous. Nervous to arrive in Poland and not know how I would react to the local people. Anxious about how I would feel standing on the same ground where so many Jews perished.

Next came a sense of excitement when I joined the Canadian March of the Living delegation in Warsaw.

But the most powerful emotion of all was pride. I felt a deep sense of honour to be part of an organization that commemorates those who perished in the holocaust, while delivering an incomparable education during this intensive experience. I was amazed to watch the JFC-UIA team staffing the March of the Living work to all hours to ensure that each and every moment of the trip was executed to perfection.

I am a granddaughter of survivors. My Bubbie survived Auschwitz and my grandfather Dachau. They were with me with every step I took in Poland.

A Shabbat service and dinner with over 700 people from Canada and hundreds of others from across the globe - from Boca Raton, Florida to Sydney Australia – was energizing and moving beyond anything I could have imagined. Strangers quickly became friends as people openly shared their experiences with each other.
While davening at the Nozyk Synagogue, an original Warsaw Ghetto structure and engaging in dialogue with Polish teens trying to build the Canada Polish relationship, I witnessed the strength of our faith.

And as everyone was trying to digest their Poland experience and attempting to comprehend the tragic enormity of our modern Jewish history, hundreds of rockets from Gaza were bombarding the south of Israel, forcing Israel's young and old to take cover in safe rooms.

So, as we mourned and bared witness to the world's atrocities during the holocaust, over 700 rockets fell in Israel. and I was once again reminded that there are still people that cheer for our demise. Thankfully, a ceasefire was declared by the time we arrived in Israel.
In Israel, the emotional upheaval continued, from respect and grief as I attended a Yom Ha’zikaron ceremony with 5,000 people, including 3 mothers who lost their kids in the fight to defend Israel, to exuberant joy as we celebrated Yom Ha'atzmaut in Jerusalem.

I also attended the Keren Hayesod meetings. To represent Canada on the world Jewish stage filled me with both pride and humility.
The rollercoaster of feelings I experienced was behemoth.
For me, Israel is home. For the Jewish people, it is a reason d'etre. For many new immigrants, it is the next frontier. For every Jewish person, it is the light at the end of the horrific tunnel that gave us hope for a renewed Jewish life.
It is my honour and privilege to lead JFC-UIA, an organization that creates such incredible opportunities for communities across Canada to connect to their Jewish roots, to each other and to Israel.
Nikki Holland
President & CEO
Jewish Federations of Canada - UIA
Share