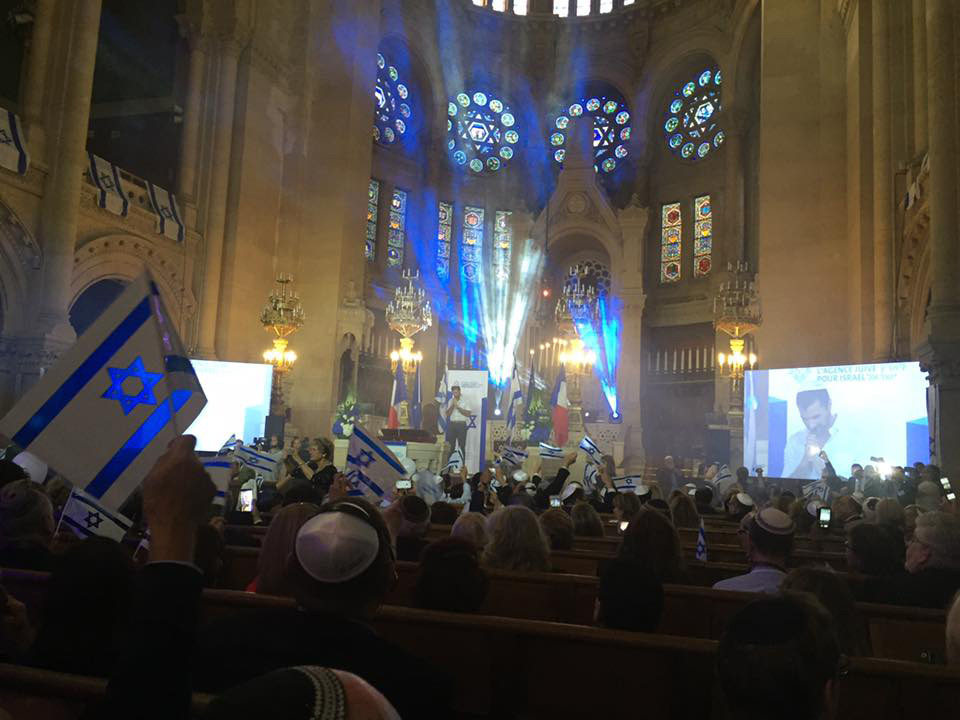 Photo: At an Aliyah farewell ceremony with Government of Israel and Jewish Agency officials for new olim.

To grasp what is going on today in France one must be aware of the underlying values on which France was founded. Historically, the republic of France has been characterized by a strong spirit of personal freedom, nationalism and loyalty as expressed in its founding principles of Liberté, Égalité,and Fraternité. Recently Laicité (secularism) has been formalized as a national value.

This adoption of institutionalized secularism has resulted in a definitive change in the role of religion on daily life and beliefs. It is a phenomenon of vital importance to understanding the context in which the Jewish community is living.

Politics in France is becoming increasingly polarized. Extremes on both sides of the political spectrum are gaining traction, including a radical Islamist movement and all the civil unrest that follows.

I just spent a week in France with Federation and Jewish Agency colleagues. Two days in Sarcelles - a commune in the northern suburbs of Paris that is home to a vibrant Jewish community and the largest concentration of Assyrians in France and the site of a pro-Palestinian protest on July 20, 2014 - gave us a close look at the struggles faced by the local Jewish community.

This visit was followed by a longer stay in central Paris for meetings where we gained a wider understanding about current issues facing the larger French Jewish community.

The Jewish community of France - some 500,000 strong and the third largest in the world - is largely a traditional Zionist community with over 700 Jewish institutions and 150 Jewish schools. Families travel frequently to Israel and many are planning to make Aliyah in the future. Some even consider themselves bi-national, maintaining two homes and a commuting lifestyle.

The monolithic expression of religious practice is explained by a majority presence of Sephardic Jews. However, a small progressive and liberal segment led by the very impressive Rabbi Delphine Horveilleur is growing. She is connecting with the typically unaffiliated and disengaged Jews who are looking for a less orthodox way to connect to the Jewish community - or more simply with Jews interested in expressing their Judaism a different way.

We met with young adults inspired by a spirit of social entrepreneurism that have started a Moshe House and others who are connected to JHUB. This group was in direct contrast to the young people we met who have decided to make Aliyah and plant roots in Israel.

It was in this context that we spent two days in the neighbourhood of Sarcelles, meeting Rabbis, political leaders, families and young adults. We heard a plea from the Mayor of Sarcelles for French Jews to stay in France and support him in keeping France french. We heard how local Jewish leaders need local support to maintain a strong Jewish communal life.

In central Paris, at the Jewish Agency Board of Governors, we gained deeper insight into the French perspective and the Jewish Agency's role in France. We met high school students, new olim of all ages, security experts and political leaders. An Aliyah farewell ceremony with Government of Israel and Jewish Agency officials was especially moving.

It became evident that - as with most situations involving culture, religion and politics - the situation for the Jewish community in France is not clear. The data is not clear nor is the interpretation thereof. So while communal actions and responses to reinforce the French community are necessary, they must be carefully weighed and constructed. There must be support for the local community to ensure that youth and young people are educated and identified. There must be support for those wishing to make Aliyah.

The French Jewish community needs to be supported, not necessarily with finances but with expertise, moral support and a continued and unequivocal sense that the entire Jewish people are behind them and monitoring the situation closely.

Many hold that the future for the French Jewish community is bleak. Youth group members told us that they don't wear their group shirts outside because they feel unsafe wearing Jewish symbols in public. Continued threats on Jewish institutions have necessitated the presence of armed security personnel - creating in essence an armed Jewish state within France.

This was not a trip that focused on traditional sightseeing. Group outings included Jewish institutions, the Holocaust museum and the Hypercacher supermarket where we paid respects to victims of the 2015 terror attack and recited Kaddish together in memory of those who lost their lives. 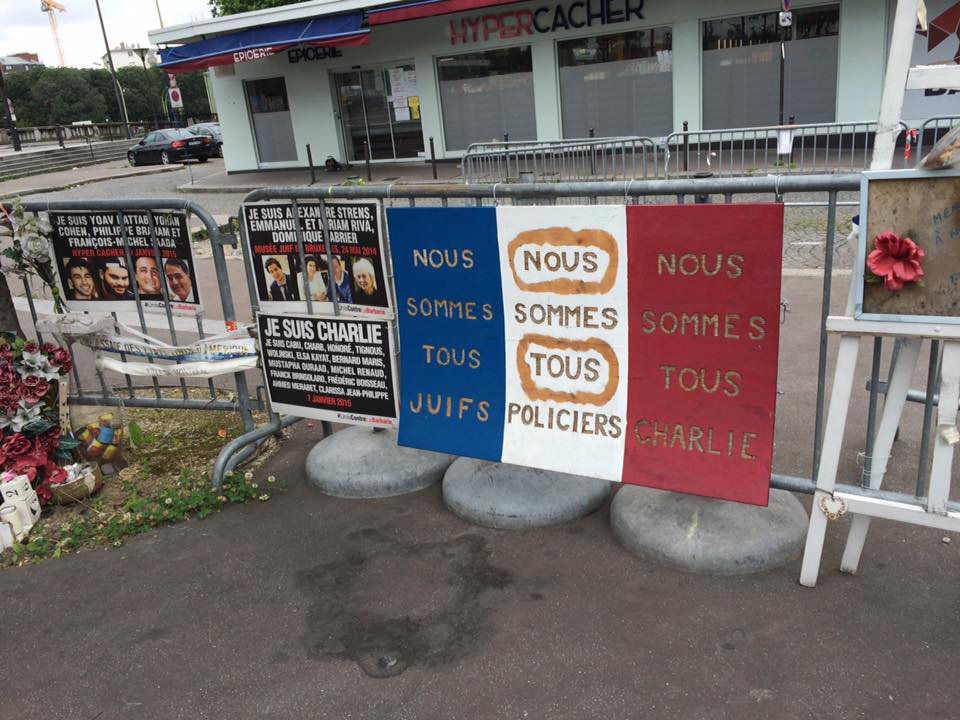 I had expected to see a large busy super market with aisles packed with people laden with groceries and other household goods. Instead I saw a quiet unsuspecting small neighbourhood grocery store - hardly an expected site for a terror attack. It was certainly a sharp reminder of the unpredictability of terrorism.

Heightened security issues are among other factors that have led many Jews to consider leaving France. Although a significant numbers have moved to the United Kingdom and North America, most French Jewish emigrants make Aliyah. In many cases the children leave first to be followed by the parents when the last child leaves. In other cases families commute, maintaining two households, at least for now.

Whatever the immigration process and destination, it is never simple.

So what did our presence on the ground do for the Jews of France and for us as fellow Diaspora Jews? We left with a better understanding of the complexity of the situation, of the critical need to show solidarity and of the need to stand by and respond in time as it unfolds.

There is nothing more powerful than looking into the eyes of a person as they share their experience, their story, their worries and finally their plans for the future to remind us that at the end of the day, we are ONE Jewish people and we need to be concerned for each other, no matter the geographical distance between communities.