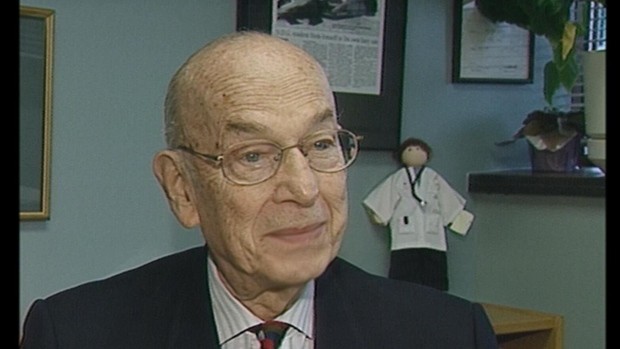 Jewish Federations of Canada - UIA mourns the passing of Manny Batshaw, activist for child welfare, philanthropic adviser and visionary community leader, who has passed away at the age of 101.

Manny was awarded the Bronfman medal in 1984, named to the Ordre national du Québec in 1995 and invested as a member of the Order of Canada in 2004.

As an advocate for the young and most vulnerable, he helped revolutionize Quebec's child protection services. Manny  served as executive vice-president of Allied Jewish Community Services (AJCS, forerunner of Federation CJA).

"He was a leader who exhibited a rare grace and elegance and whose commitment to the Jewish community and to Jewish values was sustained, creative and inspiring." -  Rabbi Reuben J. Poupko of the Centre for Israel and Jewish Affairs

During the Vietnam War, he led a group of volunteers to raise funds and find foster homes for Vietnamese boat people who landed in Canada.

As Charles Bronfman's director of Jewish affairs, a role he held well into his 80s, Manny shaped a philosophy of enlightened philanthropy and community sharing. He also helped organize early missions to Israel for Jewish teenagers.

"I was very privileged to work with Manny and to benefit from his wisdom and experience. He was a small man of huge stature, a truly inspirational colleague and friend. His contribution to Jewish leadership and to the child welfare field are an everlasting gift and an enduring legacy. May his memory be a blessing." - Linda Kislowicz, President & CEO of Jewish Federations of Canada - UIA.