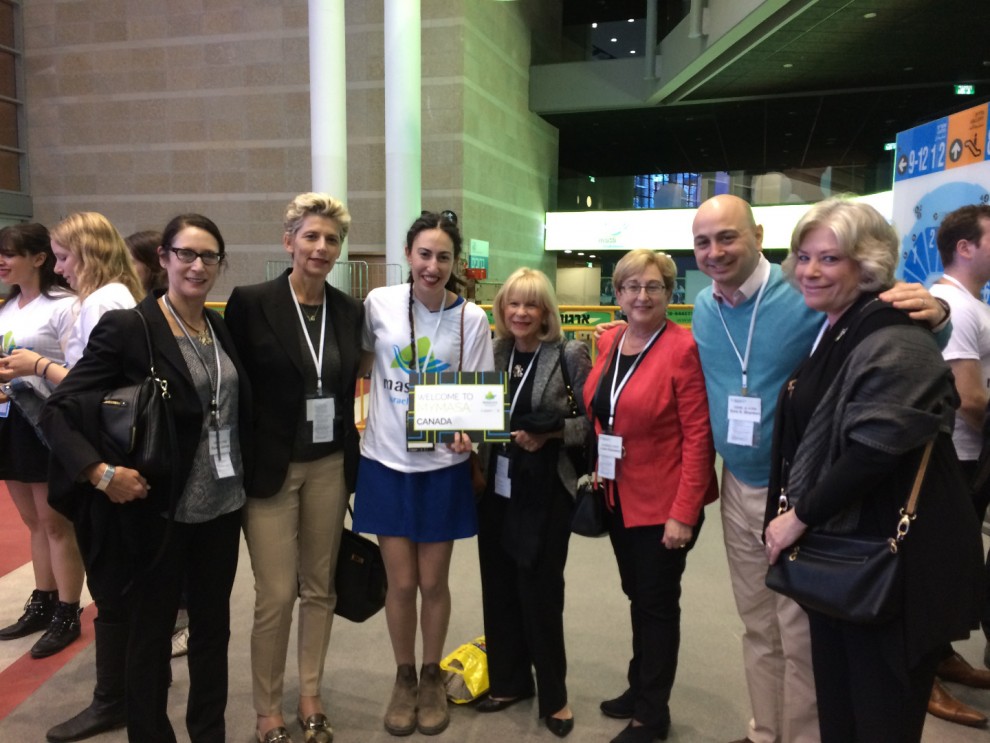 "It was the best of times, it was the worst of times." - Charles Dickens

How applicable are those words today?

Paris is reeling in pain from the most violent act of terror since WWII.
Israel continues to deal with daily stabbings and violent attacks on its citizens, the most recent a father and son last erev Shabbat on the way to celebrate their daughter/sister's wedding. Tragically, a joyous wedding turned into a funeral and shiva.

This week, in our own backyard in Peterborough Ontario, a Muslim house of prayer was torched. The Jewish community has loudly expressed outrage at such a violent act.

Yet despite these horrific and disrespectful acts across the globe, we continue to do what needs to be done. As a strong and resolute community, we do not stop in the face of difficulty.  We continue to work within all of our communities developing, engaging, educating and dealing with the emotional upheaval that events of this type unleash. We do this because it is our mission and our responsibility.

We are fortunate to live in democratic societies where we can openly express our beliefs and commitments.

What does this mean?

For some, it means rolling up their sleeves and working on the annual campaign. For others, it means engaging with the work in one of our Canadian-Israel partnerships.

Yet for others, it means getting involved with the variety of educational opportunities offered by JFC-UIA Canada Israel Experience, programs such as March of the Living, Birthright and MASA. These transformative experiences, each one unique to the next, have a profound and enduring impact on both the individual and their local Jewish community, as was evidenced at the MASA Mega Event in Jerusalem on October 26.

For JFC-UIA, it means representing the Canadian Jewish Federations - together with leadership from Federations and communities across Canada- at the Jewish Agency Board of Governors meetings where we actively engaged with colleagues from Israel and around the Diaspora in the agency's important work.

More specifically, it means attending the opening plenary at the Western Wall as a demonstration of solidarity, to hear Minister Gilad Eldan describe the government's security response. It means hearing the inspirational words of Natan Sharansky describing the "fear and pride" which consumes us all during stressful times. To others, it means continuing to support Aliyah from France and Ukraine, over 30,000 expected this year alone.  It also means participating in the social housing initiative. This collaboration between the Government of Israel and the Jewish Agency is an initiative aimed at addressing the affordable housing crisis, one of the most serious socioeconomic challenges facing Israeli families. And still to others, it means contributing to the discussion about the possibility of civil marriage in Israel within a multi-denominational committee for Jewish Unity. Further, it means learning about the beliefs and attitudes of the millennial generation in order to improve our capacity to involve them in our communities.

It also means bringing over 105 delegates, the largest delegation of Canadians in many years (with almost 40 under the age of 45) to the annual JFNA General Assembly in Washington, DC to join thousands of American peers and colleagues. It means listening to inspiring plenary sessions with  incredible Canadian speakers Supreme Court Justice Rosalie Abella, Professor Irwin Cotler and former Minister John Baird. It means hearing about innovative approaches in philanthropy from creative and courageous leaders Dan Palotta, philanthropic pioneer  and Jeremy Heimans, co-founder and CEO of purpose.com. And it means hearing from Israeli Prime Minister Netanyahu and opposition leader Isaac Herzog.  We endeavored to raise the Canadian profile and influence at the GA and by all measures, we succeeded.

And so - while unfortunately in a time of great turmoil and difficulty - we somehow managed to stay focused on our mission.  Maybe not in spite of it but because we have no other choice.

Because these are the best of times and the worst of times. And we have much work to do!