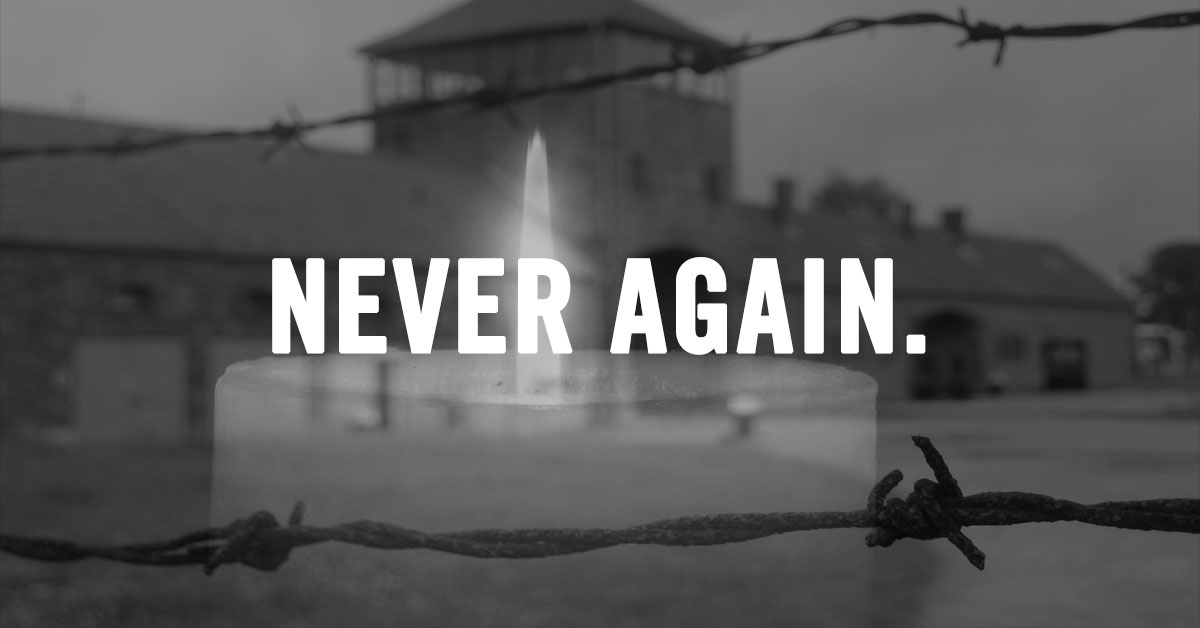 "I decided to devote my life to telling the story because I felt that having survived I owe something to the dead. and anyone who does not remember betrays them again."
-- Elie Wiesel
Since 1953, the 27th of Nissan has been officially recognized as Yom Hashoah - Holocaust Remembrance Day. It is a day to respect the memory of the 6,000,000 Jews - among them 1,500,00 children  - whose lives were taken by the Nazis.
In Jewish communities across the world, Yom Hashoah is marked by ceremonies and events at local Jewish institutions. In Poland, over 700 Canadians will join thousands of people from around the world on the March of the Living - a 3-km walk from Auschwitz to Birkenau. This silent walk in the footsteps of those who took the same road to their death in the gas chamber makes a powerful statement. Not only have the Jewish people survived, but we have thrived.
While hearts are heavy as the victims of the Holocaust are honoured, Yom Hashoah is an invaluable opportunity to acknowledge the innate spirit, resilience  and strength of the Jewish people. We have defied all those who over the ages until today - as is demonstrated by ongoing antisemitic acts across the globe - have tried to destroy us.
On Yom Hashoah, we remember not only the millions who perished but we honour the many survivors who came to this country and who contributed to the Canadian Jewish community and have helped to build Canada.  They have educated generations of Canadians about the Holocaust and have kept the memory of destroyed communities and families alive.  We are fortunate to have many still with us as active community members.

Yom Hashoah also offers us a chance to reflect on our personal blessings and to think about our Jewish connections - family and friends - and how they enhance our lives.
B'Shalom,
Linda Kislowicz & Julia Berger Reitman