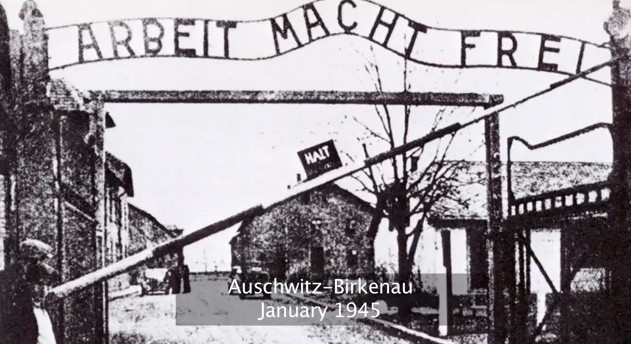 For many survivors, the lesson of the Holocaust is to rebuild, reconcile and live life in a way that belies the brutal experience of their youth

For the last 30 years, I have been working closely with Holocaust survivors in Canada and around the world. In all that time, the one attribute found in an astonishing number of survivors that has impressed me most has been their ability to love – to rebuild, to reconcile, to carry on their lives in a fashion that belies the brutal experience of their youth.

Nowhere was this more evident than last year, when I attended the ceremony marking the 70th anniversary of the liberation of Auschwitz-Birkenau. The most extraordinary moment for me was when Roman Kent, a survivor of Auschwitz, spoke about his experience. When asked how much time he has spent in the camp, he said, “My answer is I do not know. What I do know is that a minute in Auschwitz was like an entire day, a day was like a year, and a month an eternity.”

He went on to say that “it is our mutual obligation, that of survivors and national leaders, to instil in the current and future generations the understanding of what happens when virulent prejudice and hatred are allowed to flourish. We must all teach our children tolerance and understanding at home and in school. For tolerance cannot be assumed…  it must be taught. And we must make it clear that hate is never right and love is never wrong.”

After everything he’d gone through, his answer was still that “hate is never right and love is never wrong.”

My mind drifted back to a time, approximately 15 years ago, when I was in a Jerusalem hotel on Yom Hazikaron, the day when Israel marks the loss of its soldiers. I was with Max Eisen, a survivor who lost over 50 members of his family in the Holocaust. At 11 o’clock in the morning, a siren sounded throughout the country, and its citizens stopped whatever they were doing to stand in honour of the people who sacrificed their lives to defend Israel. Pedestrians crossing the street, cars in the downtown core of Jerusalem, children on a basketball court – all paused mid-activity in a moment of sombre solidarity with the victims of Israel’s many conflicts.

Max and I were the last two guests still lingering in the hotel dining room that day. The only people with us were the mostly Arab staff – the waiters and those who were cleaning up after breakfast. We were so engaged in our conversation –  Max has a miraculous story of survival  –  that we lost track of time. When the siren sounded, we rose immediately and stood. The Arab waiters, meanwhile, continued to work.

Of course, it’s not hard to understand why. The Arab-Israeli conflict has dragged on for the better part of a century. It’s not a given to expect members of the Arab population to stand up and honour Israel’s fallen soldiers, given the hostility and the difficult relationship that still exists between Arabs and Jews in Israel.

But even looking at the situation from that perspective, one of the waiters went further than mere abstinence. In fact, he crossed a line. During the minute of silence, he aggressively lifted up his hand and made an obscene gesture recognizable to anyone, an act of open hostility in this moment of solemnity – a defiant anti-salute to what was being marked at that point in time.

I wasn’t sure if Max had seen the gesture, and we continued with our conversation until we returned to our rooms. A little while later, I called Max in his room and asked if he had seen what the waiter had done. He had indeed noticed the same obscene gesture, and I could tell that he was shaken by it. So I immediately called the hotel manager, who arranged to meet me downstairs in the dining room. (He also sent a fruit basket and box of chocolate to Max’s room.)

I arrived in the dining room, not sure what to expect.

To my shock, I found the manager standing in the middle of the room with all the waiters, mostly young men, lined up. He asked me to point out the one who had made the defiant gesture.

It was a difficult moment. I was not sure I would be able to recognize him and, if I did, what the consequence for this individual might be. If I identified him, he would probably get fired. Would it solve anything if this person, who obviously had strong feelings, reasons that I could never know, lost his job? Or would it further exacerbate the situation? What was the correct response?

In that moment, I had no idea.

Buying time, I said, “Let me take a closer look.” I scanned the 15 waiters and my eyes fell on the one I felt fairly sure was the culprit.

I paused for a moment, and our eyes locked. He knew he was the one I suspected.

Finally, I looked at the manager and said that I couldn’t be 100 per cent sure. Instead of singling out one individual, I asked if I could speak to all of the staff. The manager agreed. To the best of my recollection, this is what I said: “We are in this world together. Yet we often find ourselves in situations with other people about whose circumstances we know very little.”

I went on to explain that I had been sitting next to a Holocaust survivor whose entire family was murdered by the Nazis in World War II. I explained that, for Max, Israel represented a ray of hope after that terrible tragedy, and because of that, the obscene gesture had caused him a great deal of pain.

I asked them to consider putting themselves in someone else’s shoes, to imagine what it would feel like if someone came to their village, in the middle of a memorial ceremony for their lost sons or daughters, and disrupted it by making a mocking gesture. I suggested that they would feel very hurt, and rightfully so. I concluded by explaining to them that what had happened that morning was that a person who had survived one of the most awful tragedies one can imagine in life was deeply shaken by what he had seen.

My final plea to them was this: “Before you do anything, try to ask yourself: what is going on in someone else’s life? What are the ramifications of my actions? That’s all I’m asking you to do. Hopefully, one day, we’ll find peace in this world, between Arabs and Jews, and between all people. And it will only begin when we ask ourselves this question: what is it like to be in someone else’s shoes.”

After I left, I wasn’t sure about my response. Was I too conciliatory? Should I have been more retributive? When I returned to my hotel room, I called Max to ask him if he thought I did the right thing. Max said, yes, he thought so, asking what would it have achieved to have this young man fired. It might have made him even more embittered. And what would that have accomplished?

I sighed a sigh of relief. When a Holocaust survivor tells you you’ve done the right thing, you feel a measure of reassurance. But I could tell that neither he nor I were absolutely sure what the right course of action actually was. I do know this, though: whatever our past traumas and grievances, the approach Roman Kent offered in January 2015 at that ceremony marking the 70th anniversary of the liberation of Auschwitz-Birkenau is the most noble one.

And I pray for a day when all people in the world – regardless of past trauma and suffering – come to the realization that “hate is never right and love is never wrong.” 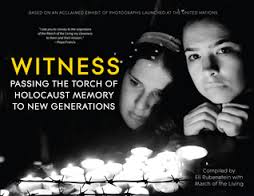 Eli Rubenstein, national director of March of the Living Canada, is the author of Witness: Passing the Torch of Holocaust Memory to New Generations (Second Story Press 2015).