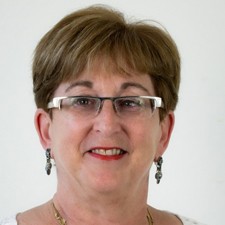 By Linda Kislowicz. Special contribution to the Canadian Jewish News

I often look at our Jewish community as a series of concentric circles. At the centre is the individual, followed by family, the local community, the national and finally the global/international. There is a dynamic interaction among all  of the circles based on the notion that every additional circle adds strength and value. Another formulation might place Israel at the centre, based on a belief that Israel is at  the core of our Jewish world, and that other Jewish  communal and individual relationships are influenced from the centre and beyond.

Here, too, is the notion that all circles provide strength and support to the others. Whatever the formulation, the  interconnectedness among all of our communal relationships is fundamental and foundational. However, a new  generation of Jews and community leaders, brought up in social media and attracted to doit- yourself Judaism, may  have a different understanding of community.

If we think about our history, the North American federation system developed a united/combined approach to philanthropy as a recognition of our commitment to not only support the needs of our local communities in such  important areas as poverty, Jewish education and eldercare, but also in recognition of our understanding that our obligation and responsibility went further than our immediate neighbourhoods.

It was understood that we needed to take care of Jews in Israel, in Canada and around the world. And that the best way to fulfil this obligation was in an integrated and collective approach. This integrated model resonated during a time when Israel was a developing country, when aliyah was extensive, and the cost of resettlement and absorption was too large to be undertaken without the support of Diaspora Jewry.

It resonated when a young, developing Israel was not yet capable of fully providing an adequate social safety net for its citizens while simultaneously building a state and fighting periodic and continuous battles with its neighbours. It resonated during a time when there were few wealthy Israelis who could be counted on to step up and contribute. It resonated during the post-Holocaust era, when it was understood that we could not survive in a world without a strong Israel.

It resonated for a generation born before 1967, for whom the continued existence of the State of Israel, may have been a moral imperative, but was not a certainty. And finally, it resonated in a time when there was the political will to take a tacit leap of faith in a process that was entrusted to a group of people who evaluated and determined priorities and allocations and who did so for all areas of communal responsibility.

Over the last few decades, we have seen the needle move from an even split of dollars between local needs and Israel, to a model that overwhelmingly funds local needs. There is no doubt that there is a case to be made for the primacy of local needs, whether it be supporting the vulnerable, or providing our children and youth with a strong Jewish identity. I made that argument for many years as a local agency director.

At the same time, there is a growing desire to support individual causes and single-mission organizations that offer more opportunity for hands-on involvement. This desire, expressed particularly by the younger demographic, challenges current collective methodology and multi-purpose organizations.

Today I offer a different perspective.

Furthermore, now more than ever, the line between local needs and Israel has become blurred as a different paradigm is poised to take the Israel-Diaspora relationship to a new and exciting level. The most significant demonstration of the new approach is characterized by the World Jewry Government of Israel Initiative. This new initiative will be based on a newly defined funding relationship. It will involve the three-way partnership – specifically the Government of Israel together with Diaspora communities, philanthropists and program participants. In other words, the Israeli government will be contributing significant funds to strengthen communities right here in Canada.

The program areas that are under consideration are all aimed at strengthening the Jewish identity and sense of connectedness of young adults to Israel. This cohort of young adults will be our future community leaders and this new partnership will play a very significant part in ensuring that they have both the desire and the capacity to step up. This strength of this new paradigm is actually quite simple.

It is the very essence of Jewish peoplehood – we are all part of the same enterprise with a shared responsibility for a strong Jewish future. Israel understands how it needs to engage with the Diaspora and the Diaspora understands the centrality of Israel in its future. It is no longer a case of either/or. It probably never was. It must be a mutual, reciprocal and inclusive model that distinguishes roles and responsibilities in a clear and distinct way. In all of this, what is most exciting is the recognition by the Government of Israel that it has a responsibility beyond its geographic borders to ensure a strong Jewish future.

As I wrote in the beginning, the Jewish community is composed of a series of concentric circles, and Israel has added a new circle of responsibility – Jewish peoplehood. Israel and the Diaspora are now engaged in a partnership of equals, each playing an important role in providing strength to the other. This strength comes in many forms – funding, talent and innovation. So the wisdom of our combined/united campaigns, based on the important Jewish value, kol yisrael arevim zeh b’zeh, stands the test of time. It is as valid a principle today as it was years ago. What differs is how and with whom we work to meet our objectives.

And so while our models must evolve, our strategies must adapt, our commitment to all of our concentric communities– local, national and global – must remain at the core of our belief system.