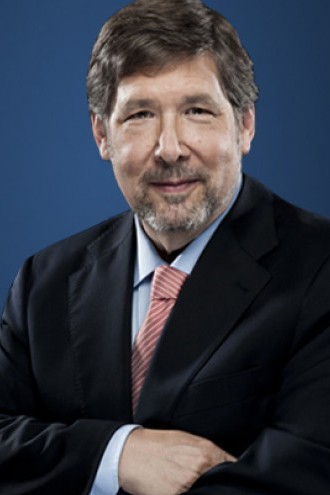 Veteran community volunteer Michael Frankel has taken over the reins of Jewish Federations of Canada-UIA (JFC-UIA), the umbrella organization that recorded over $122 million in donations throughout the country last year.

Frankel, a Montreal chartered accountant, succeeds Leslie Gales of Toronto as the organization’s chair for a two-year term.

As Gales stated in the 2018 annual report, “JFC-UIA is the only Canadian organization that connects Jewish communities across Canada with each other, with North America, with world Jewry and with Israel.

“We work with federations and community councils coast-to-coast, to maximize commitment to Israel and our collective impact on the local, national and global Jewish agenda.”

Founded in 1967, the Toronto-based JFC-UIA today represents 10 Canadian Jewish federations and four regional councils. Initially primarily concerned with fundraising for social services in Canada, Israel and elsewhere overseas, the organization has, since the 1990s, expanded its mission. Strengthening Jewish identity and leadership development have become more important, as has advocacy through the creation, in 2004, of the Centre for Israel and Jewish Affairs (CIJA), as well as its representation on such bodies as the Jewish Agency for Israel (JAFI).

Frankel has the experience to undertake those three levels of leadership. He also has more time to devote to what has essentially been a parallel career – community service.

After more than 40 years with the large firm Richter, most of that time as a partner, Frankel is now a consultant.

Richter, which was founded in Montreal in 1926, has been associated with Federation CJA from the beginning and groomed many of its leaders.

But Frankel credits his aunt, Lily Shatsky, with encouraging him to get involved with the Federation. She is the younger sister of his late father, Oscar Frankel, who, along with his wife, Toby, were dedicated Labour Zionists.

Frankel has held many positions over more than three decades.

In announcing his appointment, JFC-UIA described him as, “A true community leader, he has participated in a broad range of activities. A role model for others, Michael stresses integrity and accountability in all that he does.”

Frankel said he hopes “to give back to the community,” after serving its business families professionally for so many years. He is guided by the conviction that “we are responsible for one another.”

Frankel is especially concerned with reaching small communities, some of which have fewer than 100 Jewish families. They may be kept connected by such means as helping them access programming, or sending speakers there, he said.

He previously served as treasurer of Federation CJA and was chair of its community planning and allocations committee, as well as the Israel and overseas committee. The latter co-ordinated Project Renewal and Partnership 2000, JAFI programs through which the Montreal community contributed to the quality of life of the Negev city of Beersheba and the surrounding Bnei Shimon region.

Frankel is a strong believer that experiencing Israel first hand is crucial to building Jewish identity. He chaired the Bronfman Israel Experience Centre and was president of the Bronfman Jewish Education Centre (BJEC), agencies that oversaw local participation in such programs as March of the Living and Birthright Israel.

Frankel currently sits on the boards of the Jewish Agency, Jewish Federations of North America and Kehilla.

“Canada is punching at at least our weight in these international fora,” he said.

One of his first tasks as JFC-UIA chair will be accompanying Isaac Herzog, chair of the JAFI executive, on a Canadian tour. The former Israeli Labor Party leader assumed that position in 2018.

He will be visiting Montreal, Toronto, Calgary and Vancouver in September. Steven Lowy, chair of the Keren-Hayesod-UIA world board of trustees, will join the Montreal and Toronto legs.

Maintaining the pre-eminence of UIA and CJA in community fundraising is a challenge, Frankel acknowledges, with the proliferation of so many Jewish charities benefitting specific institutions or causes.

“People are looking to make an impact.… They want to see results, measures of success. It’s the collectivity versus a particular cause,” he said.

Frankel is ready to make the case that keeping the big picture in view is the best course for the community.