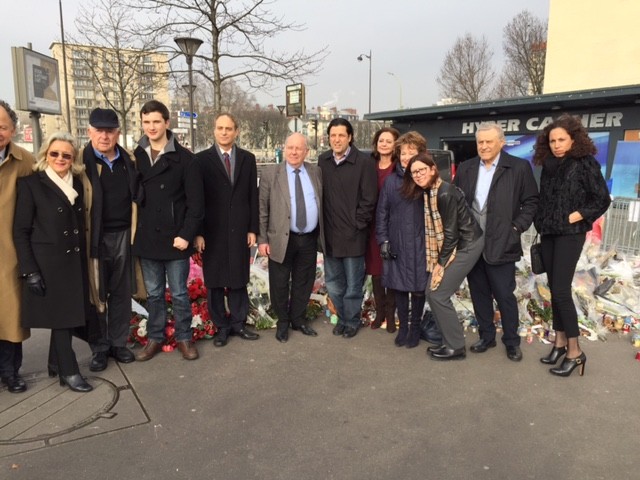 On Wednesday February 18, 2015, an international delegation of Keren Hayesod representatives - composed of Canadians, South Africans, Italians and Israelis - went to Paris to show solidarity with the Jewish community in France and to see how it could provide support.

Early on Thursday morning February 19th, in the company of the French representatives from Keren Hayesod, we met with Yossi Gal, Israeli Ambassador in France who is soon completing a four year posting. He stressed the importance of solidarity for all world Jewry.

The French government, he said, realized a little late the danger of Islamists after identifying nearly 1,200 jihadists. The new reality includes a new type of Muslim immigrant that feels disenfranchised with French society and has been told that their social misery is because of the Jews. People in the media and in the Palestinian community are allowed to speak out openly against the Jewish community. Recent targets have been journalists, Muslim police and Jews.  When asked about the Aliyah of Jews from France, the Ambassador felt that for him, Aliyah must remain a choice and not an escape.

The delegation also visited the offices of the Jewish Agency. Director Daniel Benhaim addressed the group with additional information about the Jewish community in France. He confirmed the departure of Jews from France to Israel but also to other destinations. The requests for Aliyah to Israel doubled in 2014 to over 7,000 and it is expected that these numbers will continue to rise. He explained the concrete measures taken by the Jewish Agency to support the Aliyah of Jews in France, highlighting the importance of the assistance provided by Keren Hayesod. As well, JAFI is providing Israel curriculum content for Jewish schools and other Jewish institutions.

We then met in small groups with Aliyah candidates who explained the reasons for their departure: anti-Semitism in France, crisis, fear for the future of children, etc… Our group met with a young modern orthodox father of five children who will be moving to Jerusalem this summer. He and his wife operate a global jewelry business that they will be able to operate from Israel. We also met a semi-retired couple whose 2 out of 3 children already live in Ra’anana. They will be joining them next year.

The delegation then paid a solidarity visit to the Hyper Casher market in Vincennes at the scene of the attack during which Yoav Hattab, Philip Braham, Yohan Cohen and François-Michel Saada (z "l) were killed and laid a wreath on behalf Keren Hayesod. It was a very emotional experience for the group to be there and to see the outpouring of messages and candles that had been left at the site.

The market has been completely destroyed and is in the process of being rebuilt. The site is guarded by soldiers. 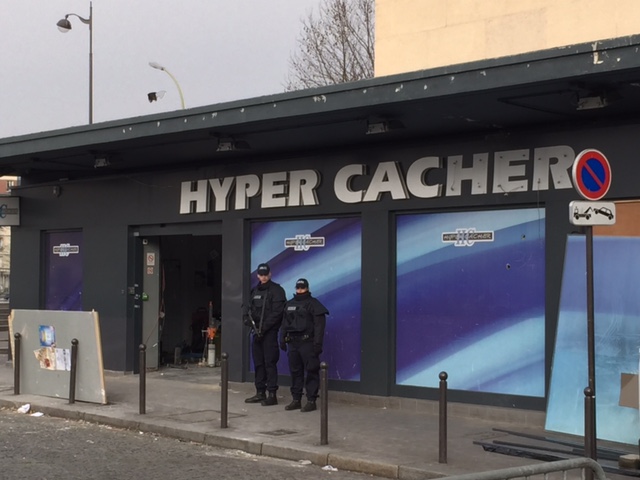 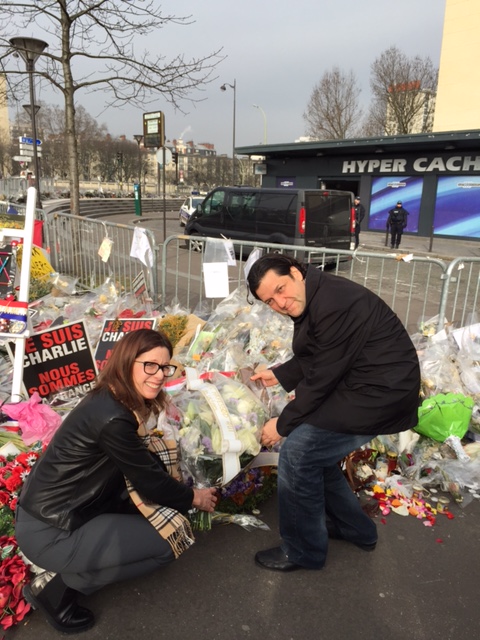 Coincidentally I had met the owner previously visiting in Israel at the Israel Museum. He reiterated that life has become tough for them in France and that the last month has been very stressful as we can all imagine. Like others, he is contemplating moving his family to Israel.

We then drove to Sarcelles, a community which has nearly 15,000 Jews and 15,000 Muslims in a population of 60,000, most of which are immigrants.  The delegation was welcomed by community leaders, René Taieb, president of the Union of Jewish Communities of the Val-d'Oise and CEO of CRIF 95, Sylvain Lumbroso, President of Sarcelles community and Marc Djebali, Vice President.

The community is virtually totally Sephardic and living the irony of having left hostile Arab countries for France and today finding themselves in a similarly hostile environment. They painted a picture of this vibrant community - nicknamed the little Jerusalem - which is home to no less than 30 synagogues. 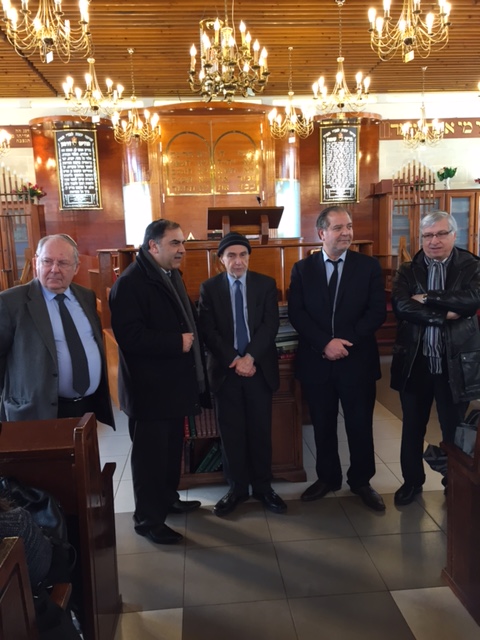 We visited the main synagogue that had several different chapels for prayer by the different community segments (including Algerian, Moroccan, Tunisian), seven Jewish schools and a significant number of Jewish businesses. We walked along the main street near the synagogue to meet many of these business owners, who like the people we met at AFI, all seemed to have family both in Israel and in Montreal.

All Jewish Institutions are presently being guarded by the French army. Soldiers were actually sleeping in the main synagogue, a situation that cannot continue indefinitely. Sarcelles, which was previously a model of coexistence, has been the scene of serious attacks against the Jewish community since Operation Protective Edge with attacks on the headquarters of the synagogue and at the Hypercacher Sarcelles and people chanting "death to the Jews" during unauthorized demonstrations.

Finally, the delegation was received by the Deputy Mayor of Sarcelles, Francois Pupponi, a great friend of the Jewish community and Israel, who did not mince his words: "Anti-Semitism in France will increase in the months and the future with a rise of terrorist acts."

However, he urged the Jewish community not to go, and stay on, to save France and help fight for the values of the Republic. These words, which echo the words of François Holland, were of course understood but also met with some skepticism of the group.

My trip to Paris came at the end of my five day CIJA board trip to Israel. During our time in Jerusalem we were briefed by many experts on the challenges of global jihad and threat to the region especially those activities of Iran. The French trip highlighted the threats that France and in fact most countries are facing internally.