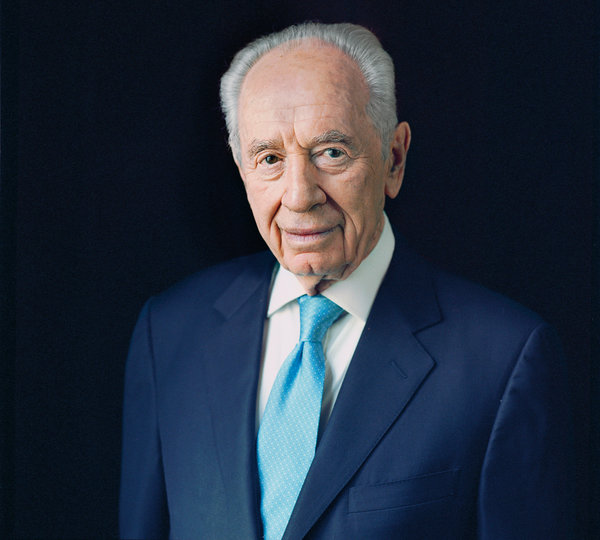 "From my earliest youth, I have known that while one is obliged to plan with care the stages of one's journey, one is entitled to dream, and keep dreaming, of its destination. A man may feel as old as his years, yet as young as his dreams. The laws of biology do not apply to sanguine aspiration." -- Shimon Peres accepting the Nobel Peace Prize in 1994

(Toronto, ON) - Upon learning of the death of Shimon Peres, Israel's ninth President, Julia Berger Reitman, Chair of the Jewish Federations of Canada-UIA (JFC-UIA), David J. Cape, Chair of the Centre for Israel and Jewish Affairs (CIJA) and former Senator the Honourable Leo Kolber, issued the following statements:

"Shimon Peres was a vital force in shaping Israel," said Julia Berger Reitman, Chair of Jewish Federations of Canada - UIA. "His contributions in the political and security fields are unparalleled. He was one of modern Israel's defining figures. We send our deepest condolences to his family and the people of Israel. May his memory be forever as a blessing and may his family and loved ones be comforted among the mourners of Zion and Jerusalem."

"President Shimon Peres was a visionary, statesman, philanthropist and a giant of Israeli life whose private and professional accomplishments over seven decades read like the history of the modern state of Israel," said David J. Cape, CIJA Chair. "As a strong proponent of conflict resolution who earned a Nobel Prize for his efforts, Peres embodied the timeless aspiration of the Israeli people for a future in which their children will live in peace and security."

Reflecting on his decades long personal friendship with Shimon Peres, The Honourable Leo Kolber observed:  "Shimon Peres had a long and close relationship with Canada and came to know and befriend many of our leaders - from Lester Pearson to Pierre Elliot Trudeau and our current Prime Minister, Justin Trudeau, who spent time with President Peres when he visited Israel in 2008. He was a visionary leader, whose ideas inspired all of us to contemplate what could be achieved in the Middle East."

The Centre for Israel and Jewish Affairs (CIJA) is the advocacy agent of the Jewish Federations of Canada-UIA.
Contact CIJA: Martin Sampson 613-219-3500