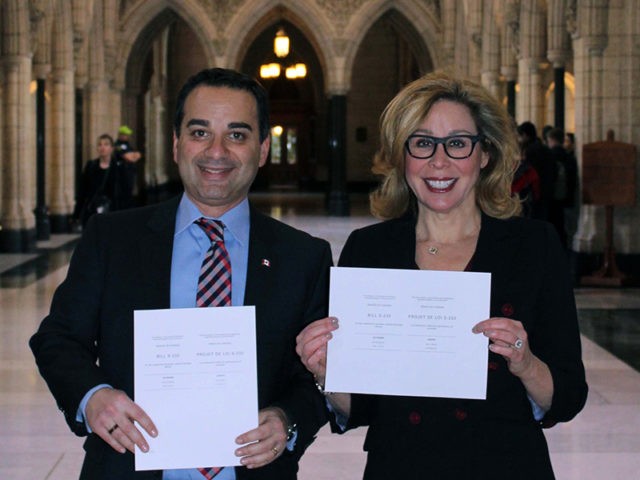 From now on, May will be Canadian Jewish Heritage Month across the country.

The bill proclaiming the annual event passed third and final reading in the House of Commons on March 28. The vote was unanimous.

Sponsored by Conservative Sen. Linda Frum and Liberal MP Michael Levitt, the bill was introduced in December 2016, though the groundwork for it was laid in 2015, when former Mount Royal MP Irwin Cotler introduced the substance of the bill.

Canadian Jewish Heritage Month “will provide an opportunity for all Canadians to reflect on and celebrate the incredible contributions that Jewish Canadians have made to our country, in communities across Canada,” said Levitt in a statement.

“I am delighted that Canadian Jewish Heritage Month will be enacted into law in time to celebrate in May,” Frum said in a statement to The CJN. Jewish Heritage Month “will provide many opportunities for all Canadians to learn about the significant contributions of the Jewish community in Canada.”

The evening before the bill’s passage, several MPs spoke warmly of the Canadian Jewish community’s history and contributions to the country.

Referring to Toronto’s Jews, Liberal Julie Dabrusin said, “We have made our mark in the city, showing all the things we can contribute in so many ways through our cultural centres, art and food.”

She noted Toronto’s many Jewish cultural offerings, including the Ashkenaz Festival, the Toronto Jewish Film Festival and classes at the Miles Nadal Jewish Community Centre.

Jewish Heritage Month “is going to be a chance to celebrate so much of what we have,” Dabrusin said.

It was a “proud moment” in February 2016 when 229 MPs passed a motion condemning the global boycott, divestment and sanctions campaign against Israel, Albas stated.

Jewish Canadians have made significant and important contributions to virtually every area of Canadian life.   – Conservative MP Dan Albas

He made special mention of those running the Okanagan Jewish Community Centre in his riding.

London NDP MP Irene Mathyssen mentioned Canada’s “none is too many” policy in regards to the admission of European Jews between 1933 and 1945, and of the ship SS St. Louis, which carried 907 German Jews and was refused entry to Canada in 1939, sending 254 passengers to their deaths in the Holocaust.

She noted the launch in 2006 of the Shoah Project at London’s Jewish community centre to record survivors’ testimonies, and she quoted from them.

Luc Berthold, a Quebec Conservative, noted that Canada is not the first country to create a Jewish heritage month. In 2006, former U.S. president George W. Bush signed a resolution proclaiming the month of May as the time to celebrate the contributions of the American Jewish community.

In his remarks, Levitt paid lengthy tribute to Cotler, his “dear friend and mentor” and “one of the world’s pre-eminent international legal minds and human rights advocates.”

This type of initiative “helps Canadians understand one another by allowing different communities and cultures to be showcased and celebrated,” stated Shimon Koffler Fogel, CEO of the Centre for Israel and Jewish Affairs. “Understanding and appreciating the contribution different communities make to Canada brings us close together as Canadians.”

To mark passage of the bill, Friends of Simon Wiesenthal Center has released a 72-page resource guidebook, available to community groups and school boards across the country, to enhance participation in Jewish Heritage Month.

Ontario passed the Jewish Heritage Month Act in 2012. It, too, sets aside each May to mark various events on the Jewish calendar, including the UJA Walk for Israel, the Toronto Jewish Film Festival, Jewish Music Week and Israel’s Independence Day.