In Their Own Words: A digital series that introduces Canadians and Israelis whose lives have been positively impacted by programs affiliated with Jewish Federations of Canada - UIA and its partner agencies.

Kesher - The Julia Koschitzky Seminar for Keren Hayesod UIA Young Leadership, is an annual event that brings young leaders from around the world together in Israel for a week of learning, networking and fun. Participants are busy with inspiring and stimulating activities that give them an opportunity to learn more about Keren Hayesod's work, Israel and each other. 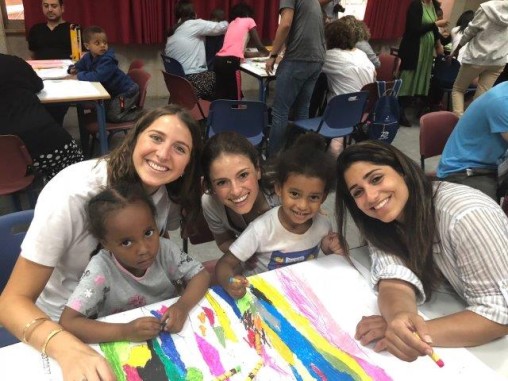 After completing university, I returned to Toronto and joined the Madrichim in Training Program (MIT). The MIT program was my foray into Jewish Community involvement. I have led five Birthright Israel trips, acted as a mentor for other leaders and eventually I chaired the MIT program in 2016/2017. I will lead my sixth trip this summer.

I participated in many UJA U40 initiatives including the Young Adult March of the Living and worked on several UJA U40 committees such as Hoops for Israel and Dinner of Miracles. I recently joined the Hillel Ontario Board of Directors

Kesher was an incredibly meaningful experience. While I was familiar with North American Jewish communities, I was not knowledgeable about other thriving Jewish communities around the globe. While there are many differences between communities, there are just as many similarities. I was privileged to have the opportunity to meet, discuss and, of course, dance, with young Jews from Latin America, Australia and Europe. It was a very unique experience.

Engaging young adults and young professionals is a hot topic in the Toronto Jewish community. While we are fortunate to have so many opportunities to connect with each other locally, we have much further to go and so much more to build in Toronto and in Israel together. I wanted to learn from other communities, meet new people and return home feeling energized and prepared to make an impact in Toronto.

I also realized that visiting Israel with people from around the world would allow me to see Israel through a different lens. It would enable me to better appreciate our collective Jewish history and understand our collective responsibility to Israel.

Dancing the hora together on Yom Ha'azmaut. I don't think any of us had ever danced as hard as we did every night on Kesher, for that matter. The spirit on this trip was the biggest surprise and the most amazing part. The group quickly realized that we are bound together by our love and passion for Israel.
The Canadian group also hosted the rest of the Kesher contingent for Shabbat dinner after the trip ended. Coming together for a traditional Shabbat dinner with delicious food and wine from the shuk was very special.

Attending Kesher is a real privilege. If you are ever given the opportunity to attend Kesher, you should take advantage. This experience will give you a new perspective on the global Jewish community and, in turn, a fresh perspective on what the young adult community in Toronto needs to be doing. Here in Canada, we are so privileged with all the resources we have through organizations like UJA, but as the next generation of community leaders, we need to do our part to give back and maintain the momentum that has been built. 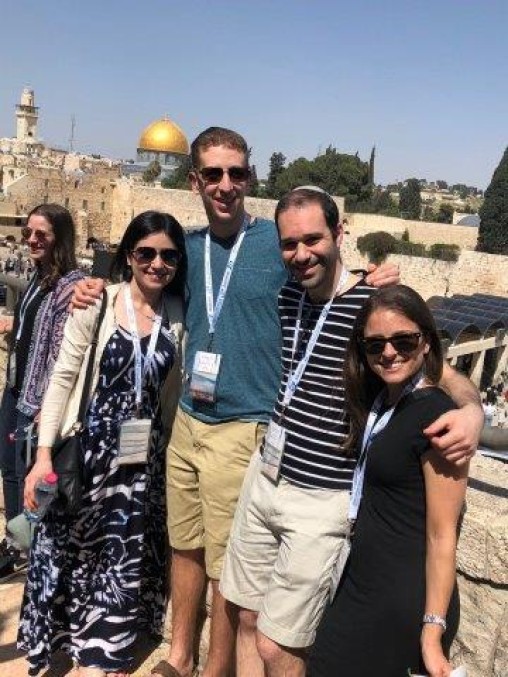 Kesher was a unique and truly special experience for 2 reasons.  First, we witnessed the amazing and tireless work that dedicated Israelis were doing on to better the lives of their fellow citizens. Second, we met 60 dedicated individuals from 16 countries around the world, heard their stories, understood what they are doing in their communities and realized that even though we all live different lives, we are all committed to and passionate about the same ideals.

It seemed like a great opportunity to get back to Israel and meet like-minded people.

Aside from the people, being there for Israel's 70th and over Yom Hazikaron and Yom Haatzmaut -- I've never been there for that transition. So powerful.

What did you learn about your Jewish self on Kesher?

That I'm more committed than ever to working with my community

That they will learn a ton about the great work that's being done in Israel, and will meet wonderful people from around the world just as dedicated to helping their communities as they are

Was there anything unexpected that arose during your Kesher experience?

How much fun I had!

What would you tell people considering Kesher? 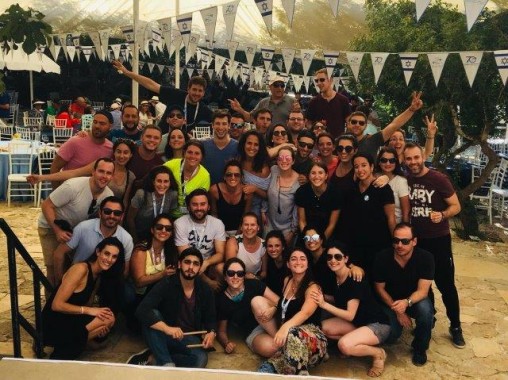 I have led 3 Birthright Israel trips with Canada Israel Experience. I have also assisted in facilitating Madrichim in Training (MIT) as a mentor and trainer.     Recently, helped begin the discussion with the UJA on how to better engage young professional Jews within Toronto, and have volunteered at numerous events for The House and UJA

Although the Kesher conference was my 6th time in Israel, it was by far the most inspiring trip to Israel I have ever taken. Coming together with 60 like-minded Jewish young leaders from around the world was incredibly eye opening, especially being from a community with so many Jewish resources.

Also, being in Israel over Yom Hazikaron and Yom Ha’atzmaut gave me an entirely new flavour of Israel. I have never been in any other country where I have seen the entire population come together like Israel does over those two days. It does not matter if you are best friends or complete strangers, being in Israel during that time everyone is family

I was most interested in going on Kesher to learn more about how smaller Jewish communities utilize grassroots initiatives to engage young professionals. Being a part of the UJA federation of Greater Toronto, we can get complacent because the federation does everything. I wanted to learn from global leaders what they find is the most effective use of their time to engage their peers.

The group of young leaders. Every conversation I had was meaningful, and just to see so many people with a passion for Jews and a passion for Israel cannot be explained. I loved to learn different individuals perspectives from countries with problems with fundraising, antisemitism. It led to deep and engaging discussion and debate about our beliefs. And any good Jew likes a debate.

Yom Ha’atzmaut: The celebrations for Yom Ha’atzmaut were unforgettable. I have never danced as much in my entire life as I did on this trip. Just dancing with newly formed friends and strangers was amazing.

What did you learn about your Jewish self on Kesher?

I learned that my Judaism is a product of both my family, circumstances, and country of origin. A lot of my core values regarding Judaism (family, community, tikun olam) were instilled in me through my parents. However, after meeting people from so many different countries, I realized that much of my Jewish self is based on being Canadian. Relative to many countries (especially those in South America), the Toronto Jewish community is more secular due to its sheer size.

I want people to know about how important it is to meet Jews from other diaspora countries. When people typically go to Israel, it is with people from their own country. Sharing a group Israel trip with people from around the world provides you with a completely new perspective on both Israel and Judaism that cannot be matched on any other experience.

Was there anything unexpected that arose during your Kesher experience?

I was surprised to learn how little support most communities have from a central organization to raise funds for Israel.

What would you tell people considering Kesher?

If you need a kick to become re-inspired to stay engaged in Jewish community, this is the best opportunity possible.

This was something I shared in the whatsapp group as we left Kesher. I feel like it shows a lot of my feelings towards the programs:

"While we go our separate ways and the honeymoon phase of Kesher ends, I will be sure to remember that our Jewish community in Toronto is not alone. Whatever issues we are fighting, be it BDS in France, Jewish engagement in Australia, antisemitism in Greece, or Israel support in Argentina, I am proud to know we have strong, young Jewish leaders around the world. Thanks to everyone for sharing their own unique perspectives on how to make a difference, big or small, for the future of the Jewish people and the Jewish state. Am Yisrael Chai."