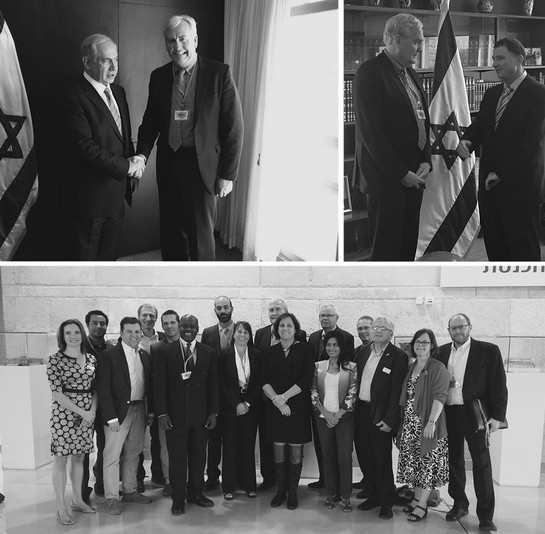 Through a CIJA-organized fact-finding mission, Canada’s Sergeant-at-Arms Kevin Vickers is in Israel to attend a major conference on homeland security with other Canadian security officials. Today, he met with his counterpart at the Knesset to share and discuss best practices.

CIJA was pleased to arrange an impromptu meeting between Mr. Vickers and with Israel’s Prime Minister Benjamin Netanyahu. While at the Knesset, Mr. Vickers was officially recognized by the Speaker of the Knesset, Yuli-Yoel Edelstein.