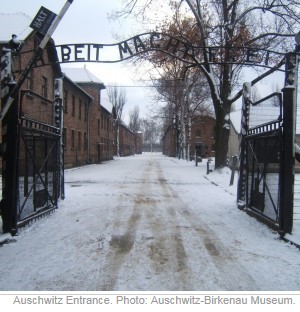 The highest number of visitors ever recorded bore witness to the European Holocaust at the Auschwitz-Birkenau death camp in Poland, the Museum and Memorial Center reported Friday.

“The Auschwitz-Birkenau Memorial has become the world’s symbol of the Holocaust and the crimes of World War II,” Director Dr. Piotr M.A. Cywiński, said.

The latest statistics mark the largest number to visit any memorial site in Europe, and about 70 percent of 1,534 million visitors to Auschwitz were under 18, according to officials.

“Without the reference to the history of this place it would be hard for new generations to understand our reality and challenges of the contemporary world,” according to Cywiński.

“These visits are often made possible thanks to special programs underwritten by governments, regions, or non-profit organizations that appreciate the value of this kind of education on the road to adulthood,” said Andrzej Kacorzyk, the director of the International Center for education about Auschwitz and the Holocaust.

The majority of the visitors are guided in one of 19 languages by specially trained educators, the center said, pointing out that “no other museum in the world offers such an opportunity.”

More than 307,000 individuals visited the museum with an educator in 2014, and more than 10,000 people from all around the world participated in different educational projects, seminars, conferences or study visits at the center in 2014, museum officials said.

Additionally, several hundred journalists and 180 professional film crews from over 30 countries broadcast and prepared media reports at the Memorial.

Officials said they have established a special online service to reserve the dates for visits.

Watch a video of the upcoming 70th anniversary of the liberation of the camps on Jan. 27th at: