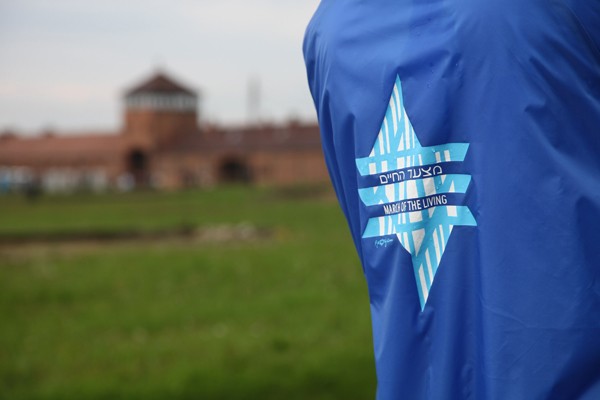 Canadian Holocaust Survivors and March of the Living Canada Play Key Role in 70th Anniversary Commemorations of Auschwitz Liberation in Poland and Ottawa.

January 26, 2015 (Toronto, ON) – Jewish Federations of Canada – UIA and March of the Living Canada will play a key role in the 70th Anniversary Commemorations of the Liberation of Auschwitz in Poland and Canada on January 27th.

The latest production of the March of the Living Digital Archives Project -- "Auschwitz-Birkenau: 70 Years After Liberation - A Warning to Future Generations", will be screened at a special commemoration ceremony in Ottawa on Parliament Hill that will be attended by key politicians, dignitaries and community representatives including the Honourable Jason Kenney.

In this short film, five Canadian survivors who have accompanied students on the March of the Living reflect on the meaning of the 70th anniversary of the liberation of Auschwitz-Birkenau and on the educational importance of this anniversary to future generations.  Observations from students who joined the survivors on the March of the Living are also included in the film. This film can be viewed at: https://www.youtube.com/watch?v=L-kDZ-Q9XcU&feature=em-share_video_user

"The courage of these heroes to return to the concentration camps, their village ghettos, their hiding places, where their grandparents, parents, siblings and other family members were murdered, and then relive such horrors in order to teach our next generation, is simply remarkable.”   - Evan Zelikovitz, Chair of the March of the Living Digital Archives Project.

In Poland, a number of Canadian survivors will attend the official ceremony at Auschwitz-Birkenau on January 27th organized by the Auschwitz-Birkenau State Museum, the USC Shoah Foundation & the World Jewish Congress. More than 3,000 guests are expected, including 300 survivors of the camps, royalty, dignitaries, politicians and heads of state.

“This anniversary is of inestimable importance because it is likely be the last time that Holocaust survivors will be able to personally attend a significant anniversary marking the liberation of Auschwitz-Birkenau.” -  Eli Rubenstein, director of March of the Living Canada

The Digital Archives Project team will be shooting footage of the survivors at the ceremony, and will travel with some survivors and their family members to their home villages in Poland.  A series of documentaries commemorating their stories and experiences will be produced and archived for educational purposes for the next generation.

About March of the Living www.marchoftheliving.org

The March of the Living brings students from all over the world to Poland and Israel to mark the most significant dates in the modern Jewish calendar. In Poland, the program includes visits to once thriving sites of Jewish life and culture. Then, on Holocaust Remembrance Day,  the students march from Auschwitz-Birkenau in memory of all victims of Nazi genocide and against prejudice,  intolerance and hate.  In Israel, they commemorate Israel’s fallen soldiers on Yom Hazikaron and celebrate Israel’s independence on Yom Ha’atsmaut. Contact Eli Rubenstein at uiaeli@me.com for more information about the March of the Living and the Digital Archives Project.

About the March of the Living Digital Archives Project

Established in 2013, its goal is to gather and digitize survivor testimony and their interaction with students that was filmed on March of the Living trips over the past 25 years.  Present-day digital recordings of survivors' testimonies are also being made so that their stories will continue to be told long after they are no longer able to share them in person. Material is being digitized, logged and archived and edited into mini-documentaries, all of which will be viewable online. It will prove to be an invaluable Holocaust education resource to educators, students, historians and the public at large.