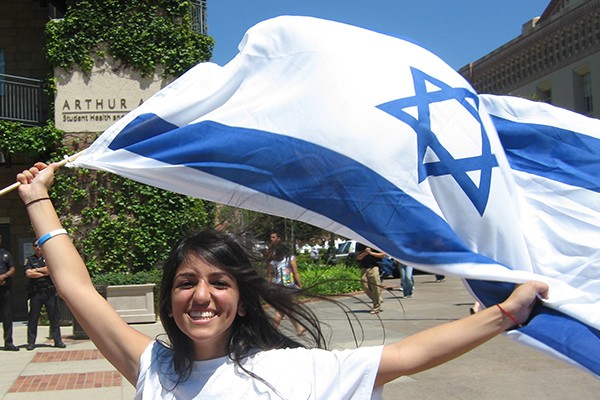 Having just returned from leading a Birthright trip, I left a little piece of my heart behind in Israel. This was my fourth time there, but my first time working with Birthright as a Madrich (leader). It was a stressful, chaotic and wonderful trip, having the responsibility to look after forty 21-26 year old participants from across Canada. Our educator Michael was knowledgeable, passionate and fun loving, even inviting all of us to his Moshav when rain (if you can believe it!) cancelled our first day hike.

Birthright has recently made headlines when a group of participants decided to leave their trip early and join up with Breaking the Silence, an anti-occupation organization led by former IDF soldiers taking people on tours of Hebron, showing them the devastation the occupation has placed upon the town. I took a tour with them four years ago. In a Facebook video posted on June 28th, the departing five women get into an argument with their educator and fellow participants about their decision to leave. The five wrote in a statement on social media by Danielle Raskin, “We have engaged deeply and honestly with our Birthright tour guide and the other participants who we feel are members of our community. We built strong relationships with them and feel sad to leave them without saying a proper goodbye, but we could no longer go on with this trip that was so deliberately hiding the truth from all of us. For us, grappling with this important place in our tradition means grappling with it in all of its complexity.” “Birthright wouldn’t show us the occupation so we are going to see it for ourselves,” Katie Anne wrote on Facebook. Commentators accused them of stealing a free trip to Israel knowing full well this was their long-term plans. That may be the case. You can always leave Birthright in the middle if you are not enjoying your time, though it is not encouraged.

I myself was somewhat leery of joining up with Birthright. The organization states that they have no political opinion, and as long as you believe in the right of the state of Israel to exist, then you are more than welcome to be a part of the trip. I knew about the criticism that essentially Birthright was a free 10-day trip for young Jews to drink, hook up and get a good tan. And that does indeed happen. However, I was surprised by what else I saw.

Many of our participants, having very little or no connection to Judaism, were transformed by the experience. On day one, Michael introduced the notion of the seventy faces of Torah from Rabbi Akiva: that Torah and thus Judaism are learned through 70 faces/facets and that each Jew can commit to Judaism in their own manner. During Shabbat, for some participants their first Shabbat ever, they discovered and participated in the rituals and heard from others how Shabbat brought peace and tranquility into their lives.

One of our activities involved posting different pictures around a room of current Israeli events such as Women of the Wall, checkpoints, and Bibi shaking hands with Trump. One IDF solider standing in front of the Tel Aviv pride parade said that while she loved the celebrations, she still isn’t treated as a full citizen when it comes to marriage equality and reproductive rights. There was a heated exchange as to whether Israel had a responsibility to take in all refugees, or whether Israel’s aim was to protect Jews first and foremost. The soldiers complained about life in Israel more than I’d ever heard from the North American Jews. This encounter gave us a wake-up call that Israel has some very real problems that need to be addressed and that Israelis are not afraid of sharing their opinions.

Our second to last night ended in the desert. We were running on 4 hours of sleep per night. Michael asked us to head out alone in the desert (only walk 2 minutes away) and take in everything that we had seen and experienced over these past 8 days. When we returned, the group opened up and shared that they has found their Judaism, whatever unique version that was, for the first time on this trip. They became rooted in something. They confessed that back home they felt like they were wandering, but that this trip gave them something to hold onto. And that is not something that should be dismissed or scoffed at. Jewish Voices for Peace, for instance, promoted a campaign against Birthright, dubbed “Return the Birthright”, calling on Diaspora Jews to boycott the program.

It’s true that Birthright has its problems. It needs to address the Israeli-Palestinian conflict in a more nuanced way. It fails to equip students with knowledge that they will undoubtedly be confronted with at school and university. I feel great sympathy for the five women that left early. They were not being given what they wanted on the trip. However, it seems that move was planned in advance and leaving 2 days before the trip was over was a calculated decision. They could have waited until the 10 days concluded and then joined up with any anti-occupation organization. Some of my participants were planning on doing just that.

With more and more criticism being levelled at Birthright, it’s important to remember that they give young Jews a chance to explore their roots, come together as a community and build a foundation for their next step in the Jewish journey. Let’s debate more, challenge more and criticize like Jews, but I don’t think you should throw out the baby with bath water.