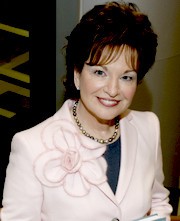 Recipients will be invited to accept their insignia at a ceremony to be held at a later date.

The Order of Canada, one of our country's highest civilian honours, was established in 1967, during Canada's centennial year, to recognize outstanding achievement, dedication to the community and service to the nation. Over the last 45 years, more than 6 000 people from all sectors of society have been invested into the Order.