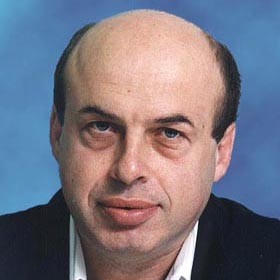 The Jewish Agency, a nonprofit organization that promotes immigration to Israel, held a ceremony Wednesday honoring Jews from around the world who gave up their lives for refusing to abandon their faith.

Jewish Agency head Natan Sharansky spoke at the event, referring to the 2008 murder of Moshe Ya’Ish Nahari, a Yemeni Jew from the city of Raydah, by a Muslim attacker who demanded that Nahari renounce Judaism. Nahari refused, telling his murderer that “I will remain a Jew and you will remain a Muslim.”

“The war on our right to be a free people in our land has no borders. We have been attacked in France, in Copenhagen, and in Argentina. Today we return to the attack in the marketplace in Raydah, Yemen, in which the Jewish teacher Moshe Ya’ish Nahari was murdered because he refused to abandon his faith,” Sharansky was quoted as saying.

Referring to Nahari’s poignant last words, Sharansky said, “Our enemies keep trying to destroy Jewish life and we continue to build it. They try to sever the chain of generations and we keep it going strong. Our tool is Aliyah.”

Nahari’s 16-year-old daughter also spoke at the ceremony, describing her father as “dedicated to his family and his community,” and who “taught us to treat others with kindness and to love the Torah.” Nahari’s daughter was 9 at the time of his murder. In 2009, Nahari and three of her siblings made aliyah to Israel with the help of the Jewish Agency. Once there, they were reunited with their mother and youngest siblings, Nahari’s daughter recounted.

According to Sharansky, Raydah’s last remaining 19 Jews made aliyah in 2016, along with approximately 30,000 Jews from around the world and 60,000 young Jewish participants in Israel experience programs.