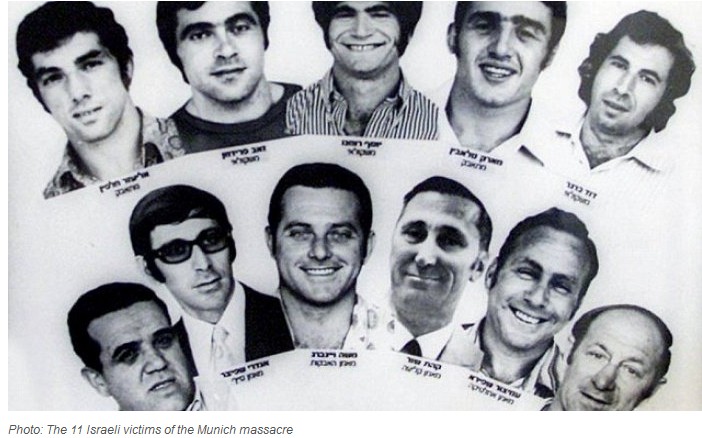 After 43 Years of Waiting, IOC To Finally Commemorate Israeli Victims of Munich Games

After 43 years of waiting, and over four decades of countless questions unanswered and tensions escalated, the International Olympic Committee has finally decided to honor the 11 Israeli victims of the 1972 Munich massacre, at the forthcoming Olympic games in Brazil, 2016.

The IOC has announced that they will set up a special area at the Olympic Village at Rio 2016 to honor the victims. They will also (finally) hold a "moment of reflection" during the Games' Closing Ceremony.

Announced by IOC President Thomas Bach on Friday, the commemoration was a bid led by Ankie Spitzer and Ilana Romano, widows of two of the murdered athletes of Munich, demanding that the IOC finally pay tribute to these fallen Olympic athletes.

After years of pleading, but never coming to fruition, it seems their seemingly endless campaign has finally paid off.

The IOC will “remember all those who have lost their lives at the Olympic Games,” Bach stated, adding that not just the Israeli victims will be commemorated, but also other fallen Olympians like Georgian luger Nodar Kumaritashvili, who died during a training accident prior to the start of the Vancouver 2010 Winter Games.

“Participants at past Olympic Games have been affected by casualties and incidents back in their home counties,” Bach continued. “We want to give the athletes the opportunity to express their mourning in a dignified way and environment in the Olympic Village where representatives of the whole world are living peacefully under the same roof.

“At the Closing Ceremony, the Games come to an end and many people feel that it is a moment to remember people who have died at the Olympic Games,” he added.

Of course, controversy has riddled the Games as Jews and Israelis have constantly pushed for the 11 victims to be honored, and to no avail.