Ottawa, ON—On February 21st, leaders from Jewish Federations, family service agencies, and community based residential organizations joined activists, parents and family members in Ottawa to speak with Parliamentarians from all parties to discuss the Canadians with Disabilities Act and Jewish Disability Awareness and Inclusion Month. Members of the delegation engaged and educated political leaders about the potential impact of new disabilities legislation and unique issues facing Canada’s Jewish community. 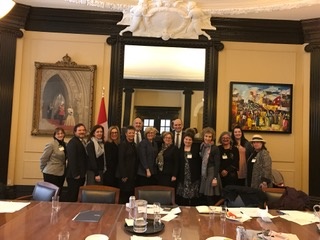 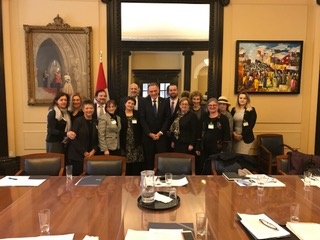 “The Jewish community has a tremendous amount to offer in advancing inclusion and accessibility for people with disabilities. This was an opportunity for those at the forefront of dealing with disabilities related issues within our community to connect with elected officials and advance a range of policy recommendations, from accessibility legislation and tax benefits to immigration reform and housing. In the spirit of Jewish Disability Awareness and Inclusion Month, this initiative seeks to break down barriers and advance inclusion and accommodation for all Canadians with disabilities, their families and caregivers."

Members of the delegation:

The delegation met with:

The Centre for Israel and Jewish Affairs (CIJA) is the advocacy agent of the Jewish Federations of Canada-UIA.