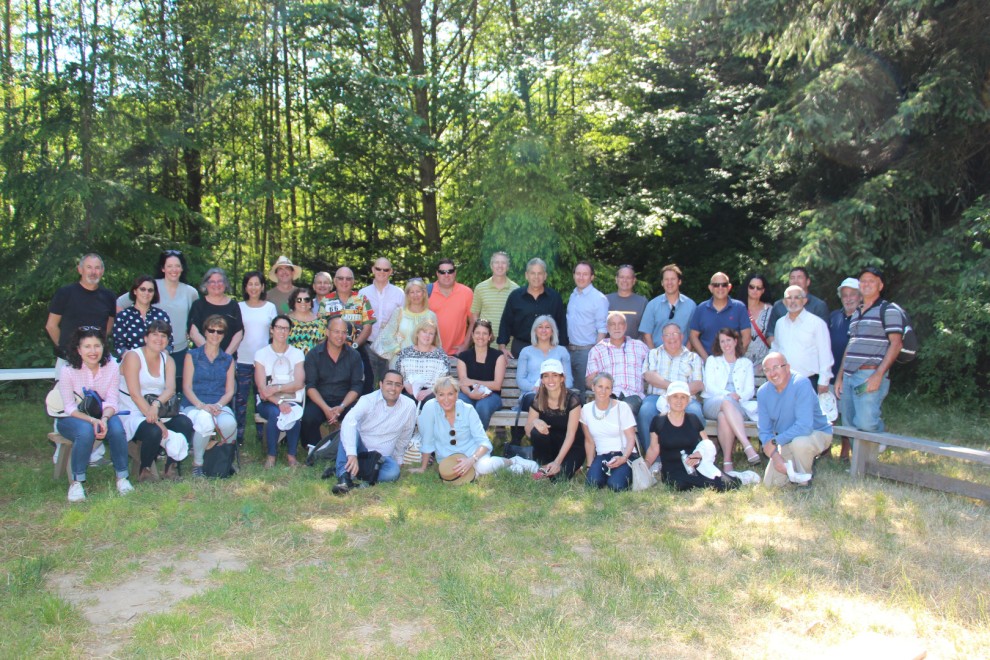 In mid-June,  40 Israelis and  Canadians gathered in Vancouver for meetings and a tour of the University of British Columbia Farm. Professionals and lay leaders from the Galilee Panhandle, Calgary, Edmonton, Ottawa, Vancouver, Winnipeg and Atlantic Canada,  constituted the Coast-to-Coast Canada-Galilee  Panhandle  Partnership2Gether.

The group's genesis began in 1997, three years after the Jewish Agency created Partnership 2000, now called P2G. Its goal was to build bridges between Israeli commun­ ities and those in the Diaspora, and to date there are 46 bridge-building partnerships ongoing worldwide, generating up to 450 programs a year.

The partnership has a twofold mandate: to foster deep, meaningful relation­ ships  between  Canad ians  and  Galilee residents,  and to enhance  the quality of life for residents of the Galilee Panhandle. Relationship-focused programs  include twinning Israeli schools with Jewish day schools, teacher and student exchanges and dance troupe performances. Quality of life enhancement programs involve in­ vestment in capacity building in organic agriculture and economic sustainability.

This led the participants' visit to the UBC Farm, where Andrew Riseman, academic director at the UBC Centre for Sustainable Food Systems, spoke to the group about nutrient management, crop selection and sustainable food  production. There are 120,000 cultivated acres in the Galilee Panhandle, and residents' persistent exposure to pesticides is a major concern. The hope is that adopting organic agriculture could create long-term change for the better.
This is just one of many programs Canada-Galilee Panhandle P2G is involved in, says Stephen Gaerber, Canadian co-chair of the partnership.

"One of our flagship  programs  is Kav Hazinuk, a 10-year leadership  program which follows and coaches Israeli students from ages 15 through 25, mentoring them and teaching them leadership and tools to become agents of social change," he said. "The Galilee Panhandle  is not an easy place to live, surrounded on three sides by Lebanon and Syria.There's a lack of quality jobs and we want the young people living there to be equipped  to take leadership roles."

Canada-Galilee Panhandle P2G has been funding this program for six years, in­ spired by its success in other parts of lsrael. The committee representatives have an annual budget of $280,000 and meet twice a year to evaluate their programming and determine what their investments will be. Gaerber said the group also identifies other projects in the upper Galilee that Canadian communities invest in, using community funds or private donations and giving rise to investments of well over $1 million per year.

"Despite the fact that the money is flowing from Canada to Israel, this is a true partnership where we're working together and all deciding on the best uses of the funds for Israel," he said."We're doing really good work and affecting lives." •