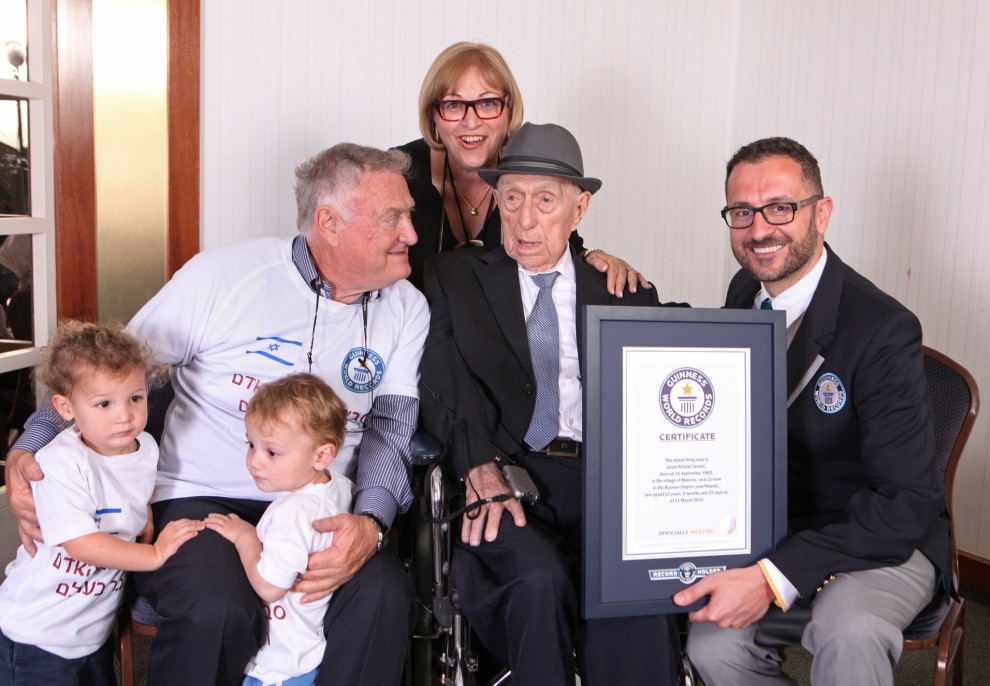 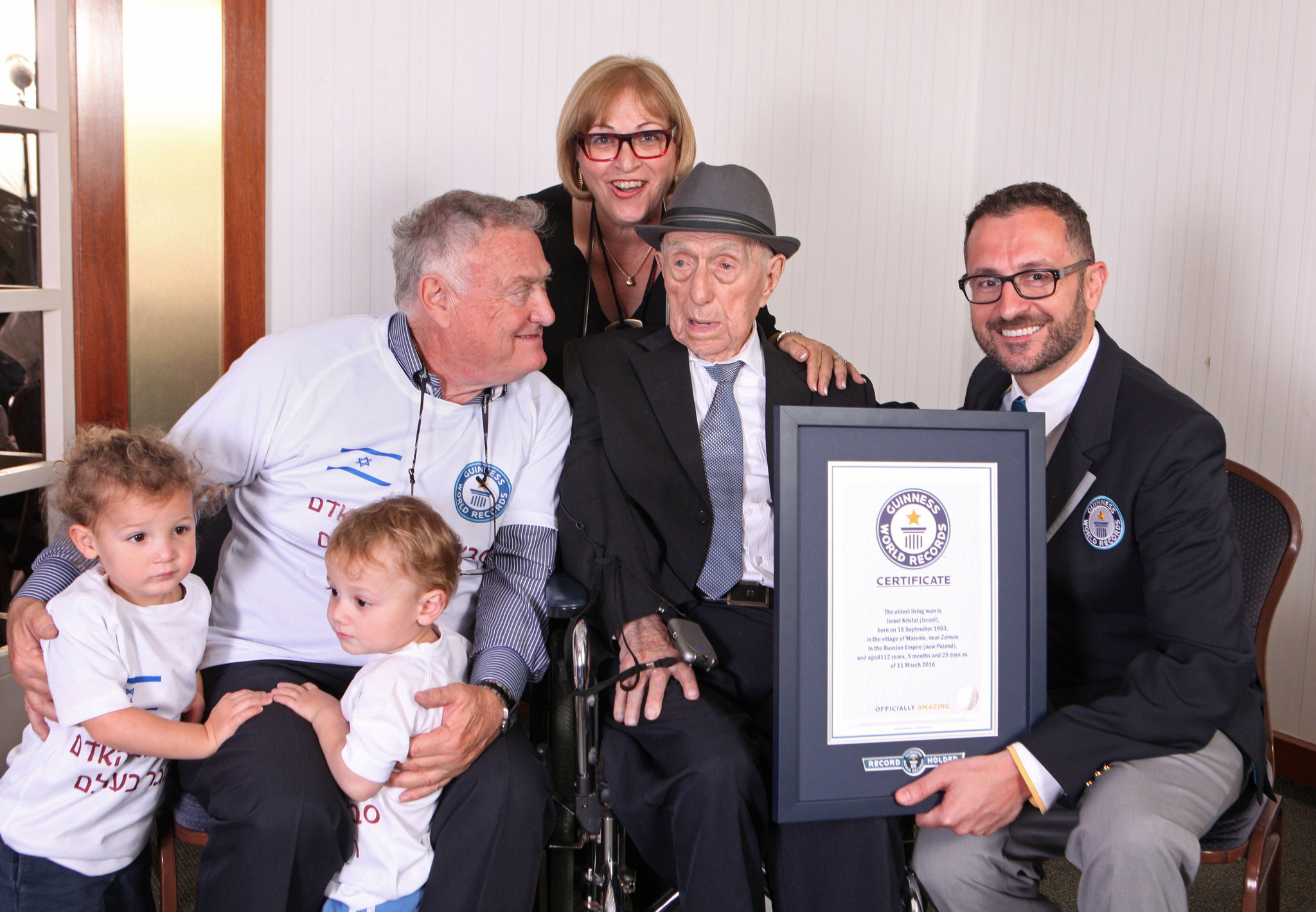 Israel Kristal lived through the tumult of two world wars, lost his family in the Holocaust and escaped death in the Auschwitz concentration camp. He then built a new life in Israel. On Friday, at the age of 112 years and 178 days, he was declared the oldest man in the world.

The announcement was made by Guinness World Records, which said it had verified Mr. Kristal’s age with the assistance of the Gerontology Research Group in Los Angeles and Jewish Records Indexing – Poland, an organization that preserves records of the history of Polish Jews.

“I don’t know the secret for long life,” said Mr. Kristal, who lives in Haifa, Israel, according to a statement issued by Guinness World Records.

“There have been smarter, stronger and better looking men then me who are no longer alive,” he added. “All that is left for us to do is to keep on working as hard as we can and rebuild what is lost.”

The Auschwitz-Birkenau State Museum in Oswiecim, Poland, said on Twitter that the announcement of Mr. Kristal’s longevity was “a very symbolic fact considering his personal story.”

Mr. Kristal was born Izrael Icek Krysztal in the village of Malenie in what is now Poland on Sept. 15, 1903, the Gerontology Research Center said. A teenager during World War I, he survived by working the family farm after his widowed father was drafted.

After the war, he and his father opened a candy shop in Lodz, where he was living with his wife and two children when Germany invaded Poland in 1939. The German occupiers soon moved the family, along with the rest of the city’s Jewish population, to the Lodz Ghetto, where Mr. Kristal continued to make sweets, he told the Israeli newspaper Haaretz in January.

Four years later, he and his family were moved again, this time to Auschwitz, where his wife and two children were killed. Mr. Kristal was the only member of his extended family to survive the war and the Nazi genocide, Guinness said.

According to the Gerontology Research Group, Mr. Kristal spent three months in Auschwitz before he was sent to do slave labor at the Wüstegiersdorf, Dörnau, and Schotterwerk camps until May 1945, when Allied troops liberated the camps. At the end of the war he weighed only 81 pounds, Guinness said.

The Gerontology Research Group said in a statement that the ravages of war had made validating Mr. Kristal’s age “extremely difficult.” It said the work done by Jewish Records Indexing — Poland provided a “breakthrough” in January that gave researchers access to “sufficient early-life, middle-life, and late-life evidence” of his age.

Mr. Kristal returned to Lodz after the war and reopened the family candy store. He moved to Israel in 1950 with his second wife and a young son and worked doing what he knew best, making sweets.

His story became known in Israel in recent years after he inherited the title of world’s oldest Holocaust survivor at age 110 upon the death of Alice Herz-Sommer in London in 2014.

The oldest living person, at 116, is an American woman, Susannah Mushatt Jones, according to Guinness World Records.

When asked by Haaretz in January if he had any diet tips for a long life, Mr. Kristal at first appeared to rebuff the reporter before dispensing a prescription for moderation born of hardship.

“In the camps there wasn’t always anything to eat,” he said. “What they gave me, I ate. I eat to live, I don’t live to eat. I don’t need too much. Anything that’s too much is no good.”