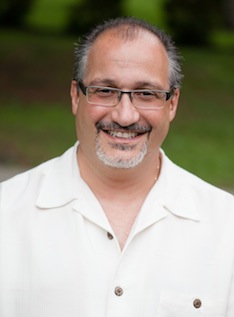 Al Benarroch received a BA (Hons.) in Psychology from the University of Winnipeg, and Masters in Clinical Psychology from Lakehead University, where his research focused on health psychology and mental illness.  Prior to coming to JCFS, Al was in private practise for 10 years providing clinical counseling, assessment, and consultation services to Manitoba First Nations communities, schools and child welfare agencies.  Al accepted the position of Clinical Director at JCFS in 1999.  In July 2014, Al became the Executive Director, and is moving JCFS into the future by growing the supports available to community members with new and innovative planning and programs.

Having grown up in an orthodox Jewish home, attended yeshiva, and very active in synagogue life, Al is dedicated to keeping the agency grounded in its roots of core Jewish values in all areas of service delivery, and to the question: “What does the word ‘J’ in Jewish Child and Family Service really mean?”  Al has lectured frequently in the community and at universities on topics of: psychopharmacology, behavioural teratology, addictions, Fetal Alcohol Spectrum Disorders, domestic abuse, child abuse, and Jewish perspectives of various social service topics.