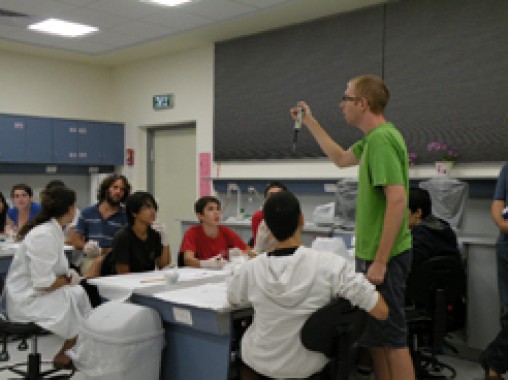 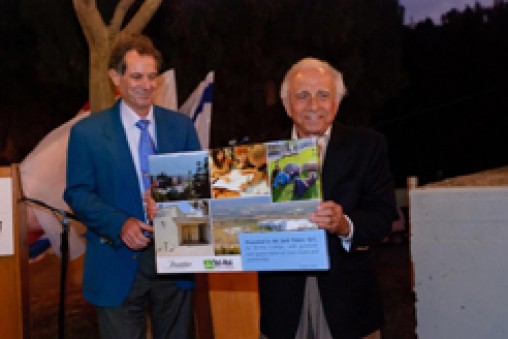 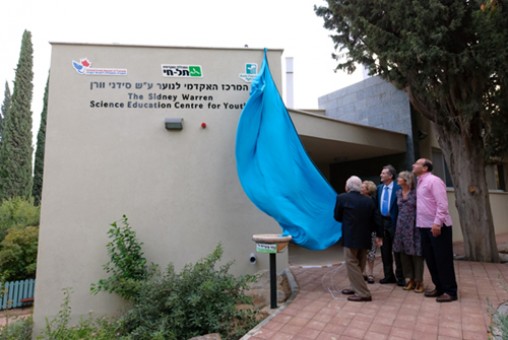 In 2010, the Sidney Warren Estate provided $1 million for a Science Education Centre for Youth at Tel Hai College. The gift also included $400,000 for the three year Full School Program at Danziger School and $50,000 for a three-year program for youth-at-risk in Kiryat Shmona. It is the largest gift ever made from Atlantic Canada to Israel.

It has opened opportunities for hundreds of young people living in Israel’s northernmost region.  Chosen by executor Jack Prince, the Upper Galilee in Northern Israel has been connected with the Atlantic region for decades. Save for Sderot and the settlements facing Gaza, no other region has suffered as much from rocket fire as frequently and devastatingly. Jack could not think of a better place to bind Sidney’s love for the Jewish people than to this region and especially the welfare of its children.

The Full School Program at Danziger School is a multi-level holistic strategy for students between the ages of 12-17 that fills in grave gaps that undermine abilities to cope with educational, social and psychological challenges.  Led by a team of proven educators and specialists - provided by the Rashi Foundation - the despair many of these children experienced has been replaced by hope and promise. Teva has made a multi-year commitment once the inaugural three year program ends.

The Sidney Warren Science Centre for Youth at Tel Hai College exposes students from all schools in the area to the wonders of science. The Science Centre is considered a model for youth science centres nationwide. For a country that relies on brain-power as its major resource, the value of establishing such a facility cannot be overestimated.

The Centre for Youth at Risk provides training sessions and workshops for youth at risk. Clients gain an appreciation of their self-worth and envision possibilities as never before.

This gift from the Sidney Warren Estate is an investment from which dividends will be enjoyed for generations to come. It has so far changed thousands of lives. It is a Jewish story that will be added to Israel’s narrative about what can be achieved when Jews come together for the common purpose of advancing the cause of the Jewish people.

Jewish Federations of Canada – UIA and the Rashi Foundation provided guidance in the selection and implementation of the programs.