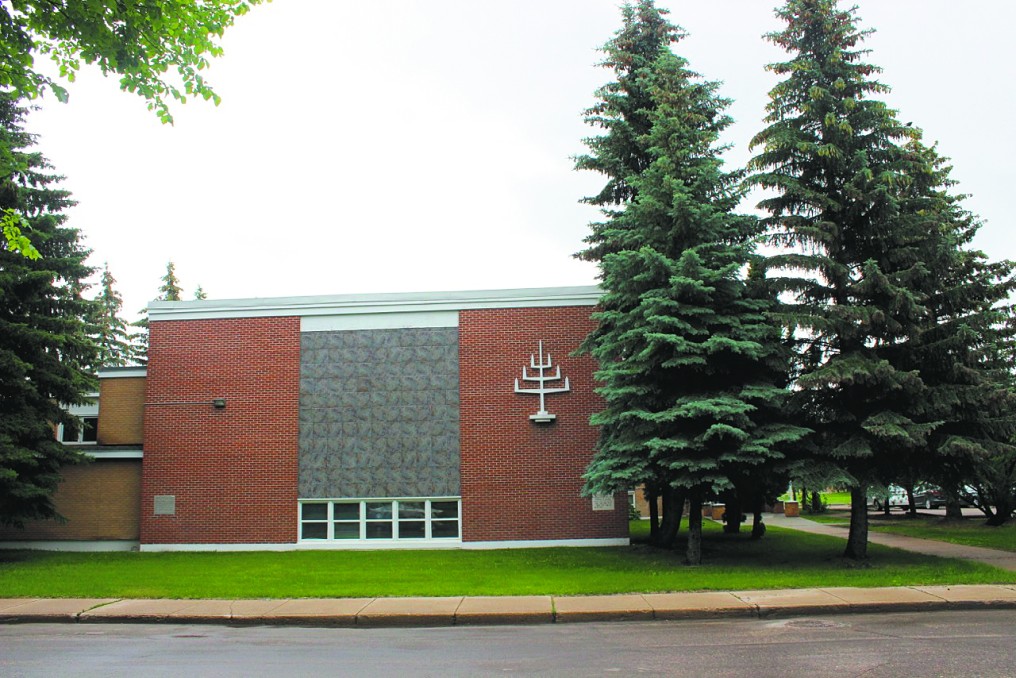 Beginning more than a century ago, a number of eastern European Jewish immigrants who arrived at Canadian gateway ports like Halifax and Quebec would board trains to distant Saskatchewan to work as farmers in agricultural settlements in Lipton, Hirsch, Wapella, Estevan, Edenbridge and other places.

About the same time, Jewish immigrant families settled in Saskatoon, where they established the city’s first congregation and synagogue. Today Saskatchewan’s Jewish farming settlements are long gone, but the Saskatoon Jewish community – despite its isolation in the middle of the vast Canadian prairies – is alive and thriving.

Jewish immigrants who settled in Saskatoon about a century ago built the town’s first synagogue as well as a Hebrew school and a Jewish cemetery. Over the years, the community attracted numerous founding members of the Edenbridge and other farming communities as they eventually shut down.

“Visitors are sometimes surprised at the high proportion of our members who are deeply involved with the congregation,” Shiffman says. “If you had a community somewhere with 1,000 members, you might get 10 per cent of them interested. We have 100 members, but 75 per cent are interested, so it evens out.”

There are probably at least another 100 Jewish families in the greater metropolitan region (population about 300,000), Shiffman estimates. About 30 families belong to an alternate congregation, Shir Chadash. Others, including a cluster of Russian-speaking Israelis, have become involved with the local Chabad. Then there are the invisible Jews – no one knows how many – who remain unaffiliated and unidentified.

“The Chabad rabbi, Rafi Katz, has found Jews that nobody knew existed,” marvels Mary Melnychuk, a transplanted Prince Edward Islander who now serves as president of Congregation Shir Chadash, which broke away from Agudas Israel in 2000. “He’s found them all over the place. He’s got a good-sized following. He puts on a Purim carnival and a Chanukah party, and the city has given him permission to light up a giant chanukiah each Chanukah outside the art gallery.”

Besides its near-regular Shabbat and holiday services, Agudas Israel also puts on many events during the year, including a community-wide Holocaust education program that usually attracts hundreds of students at each of several repeat stagings. This year, the event was moved to a large cathedral, courtesy of the friendly local Catholic bishop, where some 2,000 students attended all at once, along with representatives from all levels of government. The local B’nai Brith and Hadassah chapters both host annual fundraising dinners that also attract as many as 1,000 people.

Various smaller programs during the year do not attract nearly the same numbers. “We have to measure success differently,” says Heather Fenyes, a past president of Agudas Israel who taught in the Hebrew school for more than 30 years. “We can have a fabulous program with four people, but it’s often a challenge to get 40 people.”

On an organizational level, keeping the synagogue in good repair and raising funds for needed renovations is a formidable challenge – the building dates back to the 1950s. Keeping kosher also poses a challenge, since the town lacks a kosher butcher.

“Some people go vegetarian or vegan most of the time because of the inability to get kosher meat locally,” Shiffman says.

A local Safeway brings in matzah and other Passover basics, but last year, the store ran out of matzah. Many people typically return from out-of-town trips with extra suitcases filled with kosher food. Fenyes often travels to Toronto and loads up on kosher foods at Sobey’s in Thornhill. “I’m always amazed at what amazing options are available in Toronto for keeping a kosher home,” she says.

Saskatoon’s isolation is very real. The closest Jewish community is in Regina, about 2-1/2 hours to the south by car. Edmonton is about 5-1/2 hours to the northwest, Calgary a similar distance to the west, and Winnipeg – where many Jewish Saskatoonians have roots – about 10 hours to the east.

Decreasing the sense of isolation are the “cyber” connections to the Centre for Israel and Jewish Affairs and other helpful national Jewish organizations. CIJA has assisted in the formation of a local Hillel group, for instance, as well as in forging links between universities in Saskatchewan and Israel.

Community members speak proudly of the remarkable fact that Saskatchewan annually exports tonnes of chick peas to Israel and that the provincial potash industry owns 11 per cent of Israel’s potash industry. Saskatchewan and Israel have also partnered in a diverse research and development agreement that includes Saskatoon’s synchrotron, a particle accelerator the size of a football field, known as the Canadian Light Source.

“I think Saskatoon is the best place on earth to raise Jewish children,” Fenyes remarks. “Because we live here and feel so isolated, we feel the need to participate more. I can’t know how we would be in Toronto, but here, my kids became ardent, passionate and deeply engaged Jews and Zionists. Raising them in Saskatoon is one of the greatest gifts I could have given them.”

This is the fifth in an occasional series of articles about Jewish life in small towns across Canada.