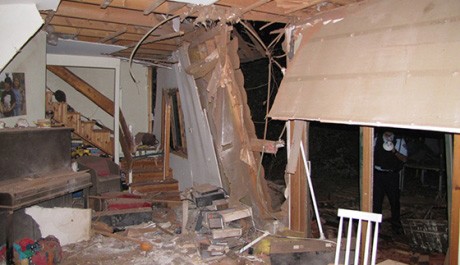 For the past 24 hours, there has been a constant barrage of missiles into southern Israel, including a few direct hits on homes in Sderot. Luckily, at this writing, no one has been hurt.  This is largely attributed to the responsible behavior of citizens who managed to reach sheltered areas as soon as the 'Red Color' alarm sounded. 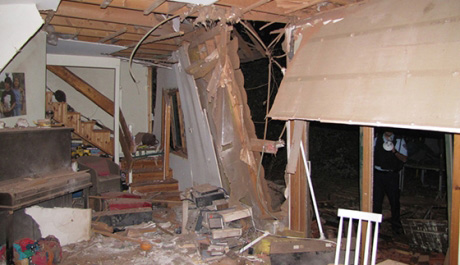 Three rockets exploded in populated areas in Sderot Thursday night; one hit a student’s apartment in the city, another exploded adjacent to an apartment building. The third slammed into a wall of an outdoor rocket shelter, fracturing it. Some four people suffered anxiety as a result of the barrage.

Two of this morning’s rockets were intercepted by the Iron Dome missile defense system and others landed in open areas in Sdot Negev and Bnei Shimon in the northern Negev.  These are in addition to the one that hit a greenhouse in the area. Military sources said that Hamas is directly behind the attack. 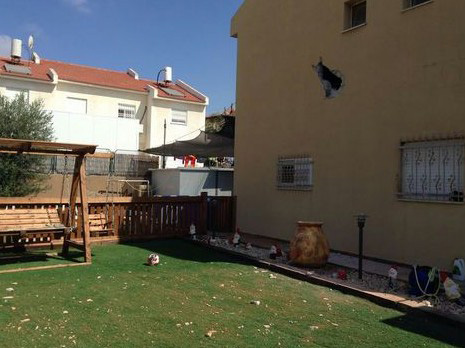 The government is still considering this situation an escalation, but trying to maintain an emergency routine and not moving towards complete emergency mode.

Here are some examples to what “emergency routine” means in times as these:
-    High school students in Sderot were having quite a challenge this morning as they were taking their matriculation exam in environmental sciences. Students reported that they did not get much sleep the night before due to the alarms and the scare of the noises. They even had to stop the exam as an alarm went off in Sderot

-    Albert Gabai, Chairman of the parents’ board in one of the elementary schools said that "The children are now at school for their summer camp. The school is protected like other education institutions in the city. The main concern of parents is what happens if the alarm goes off while the kids are on their way to or from school. Therefore, many parents decided to keep their children at home.

The city of Sderot is keeping its summer activities for children and youth as planned as of now, with adjustments to working in emergency routine mode, keeping the community resilience by continued support by the municipality, local professionals and volunteers providing services on all aspects.