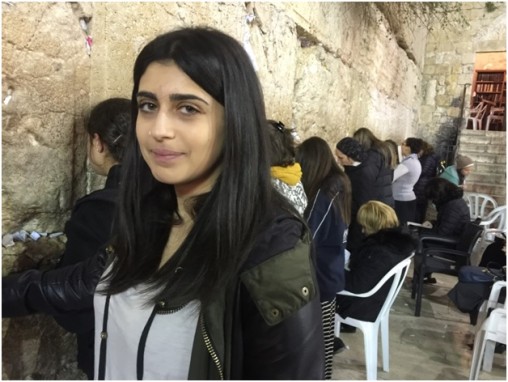 At the Kotel in December 2015 while on a young political leaders mission with CIJA Quebec. 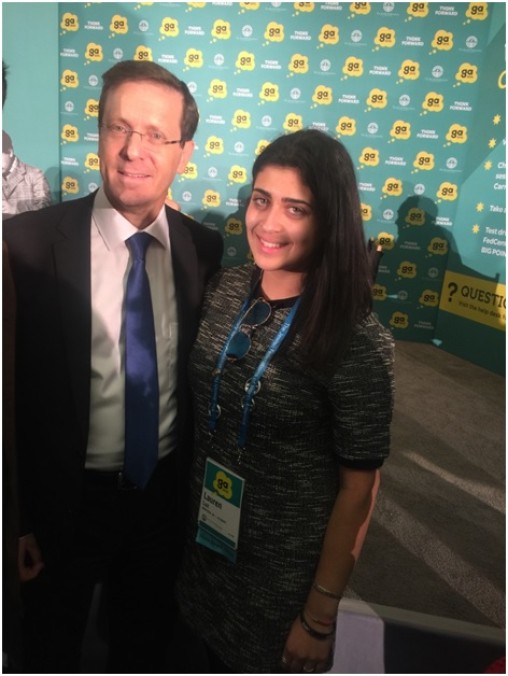 With Isaac Herzog, leader of the official opposition and Israel Labor Party [2015 General Assembly of the Jewish Federations of North America] 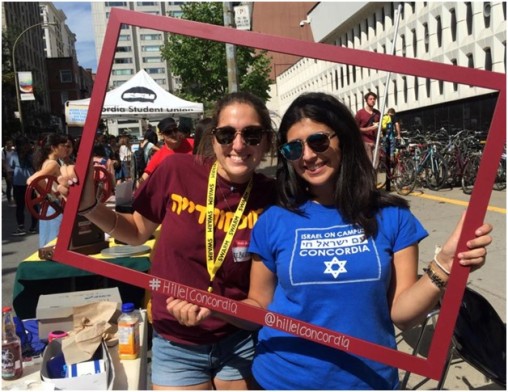 Promoting the Israel on Campus club at Concordia University alongside Hillel.

In January 2014, I boarded a plane and made my way to Israel for my student exchange. After months of planning I was finally on my way to Ben Gurion University in Beersheva. The seven months that I spent living in Israel throughout 2014 completely changed the trajectory of my life.

Growing up I was always proud of my Israeli heritage. I knew the stories about how all four of my grandparents made their way to Israel fleeing persecution in Morocco, Libya and Romania. I remember listening to my grandfathers telling me about how they fought in the War of Independence, the Six Day War and the Yom Kippur War. I remember when I was younger, I asked my dad what the scars on his arm were and he explained to me how he fought in the First Lebanon War. To me, Israel represented hope and this was something that I realized only after living there.

When I returned home from my exchange, I learnt that the Concordia Student Union was bringing forward a BDS motion. For the life of me I did not understand why this was happening, but today I am thankful that it happened. This one event ignited a spark in me that will never be extinguished. From there I mobilized a group of students to fight back against the motion, I revived the Israel on Campus club and became increasingly involved within the Montreal Jewish community.

After spending almost two years advocating for Israel both on my university campus and within the larger Montreal community, I knew that this would eventually become my career. In January 2015, I was invited by CIJA Quebec to participate in their mission to Israel for young political leaders. I was able to show non-Jewish participants, some of whom had pretty negative views on Israel, the country that I so deeply care about. I was able to explain to them and show them first hand both the nuances and contradictions of Israeli politics and society. It was then that I decided to apply to grad school in Israel. I am currently pursuing my masters degree at IDC in Herzliya in Government, Diplomacy and Conflict Studies.

My experiences so far have been indescribable. I am learning so much and have been given to opportunity to study with students and leading professors and professionals in the field. One of the many highlights so far has definitely been when I found out that Ron Prosor, former Israeli representative to the United Nations, would be teaching my class on Public Diplomacy.

In addition to the academic opportunities that are being offered to me, I am also able to apply for an internship in the field of my choice. I am hoping to be placed in an internship that focuses on peace, education and reconciliation between Israelis and Palestinians. I hope to intern at the Shimon Peres Centre for Peace. Throughout the 20th century, Canada has played a large role in the development of and participation in peacekeeping missions around the world. I dream of bringing together my two nationalities in order to work towards peace in a region that has been deeply affected by war and terror.

Without the support of the Montreal Jewish community as well as the wider Canadian Jewish community I would not be where I am today. I have developed relationships with professionals and community leaders that have become my mentors and guided me in the right direction.

I am so excited for the year that is ahead of me and I will most certainly keep you updated on my journey!

Read 'From Optimism to Belief' by Lauren Luz

Email info@jfcuia.org for more information on the Rodkin Scholarship program.