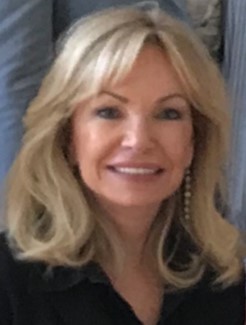 Ariella Rohringer has spent many years involved in community and charitable activities. Since 2019 and currently, Ariella has served as the Treasurer for UJA Federation group of corporations. She co-chaired the 2007 UJA Annual and Emergency Campaign and has spent many years as a member of UJA boards, and boards of affiliated corporations, including UJA Federation of Greater Toronto, United Israel Appeal, and Koffler Centre for the Arts. She serves as a member of a number of UJA Federation committees, including the Strategic Planning Committee and Strategic Granting Committee, and chaired a number of UJA committees over the years, including the Israel and Overseas Committee, the Jewish Community Properties Committee and various Annual Campaign committees and divisions.  Ariella also served as and is currently a Jewish Foundation Trustee, a member of the Jewish Foundation Restructuring Committee, the Jewish Toronto Tomorrow Integrated Development Committee, and the Toronto Leadership Committee.

Ariella has been extensively involved in the management of UJA Federation’s broad real estate holdings, including membership on several committees charged with the development of the recently completed Sherman Campus.

In addition, Ariella also spent many years on the Finance and Investment Committee and Audit Committee of Mount Sinai Hospital, and Committees of the Art Gallery of Ontario, and the University of Pennsylvania, and is a Trustee of Baycrest Foundation.

Ariella Rohringer retired as a senior partner of the law firm of Goodman and Carr, after 24 years of practice. The American Lawyer Media Guide to the Leading 500 Lawyers in Canada repeatedly named her as one of its members and The Canadian Legal Expert Directory repeatedly named Ariella as one of only a handful of lawyers in its highest category of recommended property leasing lawyers in Canada.  She is widely recognized as an expert in the field of commercial leasing and was frequently called upon as an expert witness and to lecture and chair conferences related to Property Leasing.

Ariella holds a B.A. from York University and a J.D. from Osgoode Hall Law School. She is married to Earl Rotman and the proud mother of Jessica, Griffin and Cole.