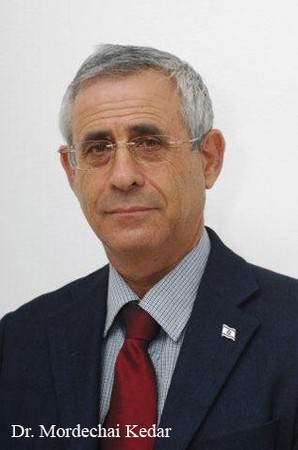 Throughout the month of October, Dr. Mordechai Kedar informed and educated hundreds of Canadians on the Islamic State and its impact on Israel and the world at large.

Dr. Kedar has a Ph.D. from Bar-Ilan University and is an academic expert on the Israeli Arab population. He served for twenty-five years in IDF Military Intelligence, specializing in Islamic groups, the political discourse of Arab countries, the Arabic press and mass media and Syria’s domestic arena.

During the course of his 2-week speaking tour, Dr. Kedar met with hundreds of people in 10 communities.

His engaging presentation delved into the workings of the Islamic State and illustrated how they function from an academic the point of view. An audiovisual presentation illustrated the highly organized and well developed infrastructure of the Islamic State which includes a currency, passports, license plates, health services and a governing hierarchy.

Dr. Kedar brought to light how IS practices -  from penalizing drivers of Chevrolet cars because the logo of a cross is a sign of the infidel, to beheading those who hold different beliefs - are based on literal translations of the Koran and historical accounts from the 7th century.

The global implications of the rise of the Islamic State are as yet unclear but recent knife and terrorist attacks on Israelis and other terrorist attacks worldwide indicate that its philosophy has global reach.

A question common among audiences was “What’s the solution? How can we stop the spread of the Islamic State?”  The simple answer is we can’t.  All we can do is support the state of Israel, support world Jewry, and stay alert and responsive to anti-Israel and anti-semitic sentiment and actions.

Listen to Dr. Kedar’s presentation to the Oshawa community here